There is still no definitive answer of who committed this crime but this is what we believe...

Between at least 1872 to 1873 we know that forged one shilling stamps were used on outgoing telegrams at the Telegraph Office in the London Stock Exchange.

At this time the fee to send a 20-word telegram was one shilling. The below image shows you what a genuine one shilling green stamp looked like. As you can see there are letters in the top and bottom corners of the stamp. This was introduced with the Penny Black (the first ever stamp) to help prevent forgery and in this case, it was one of the distinguishing features used when identifying the fakes. 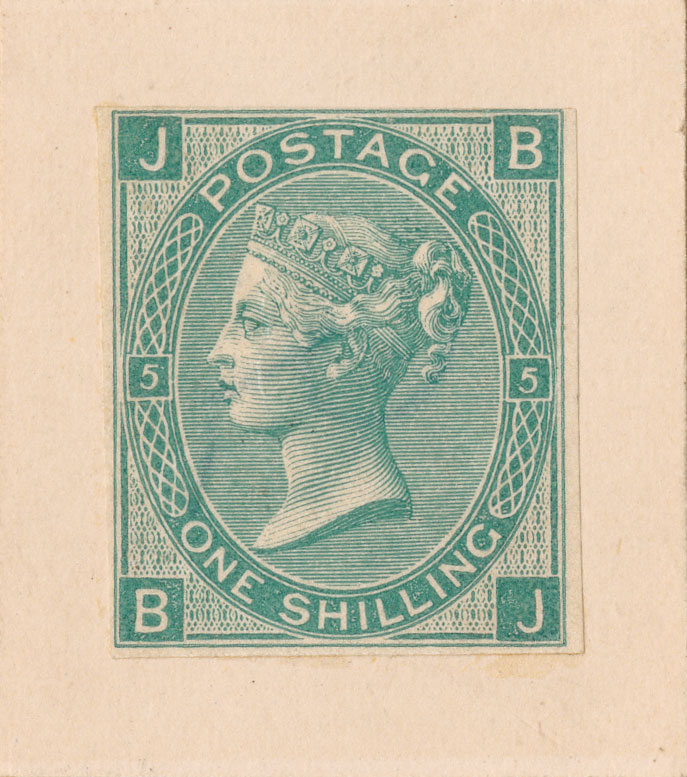 For convenience within the stock exchange instead of the brokers keeping stamps themselves the telegrams were sent to the telegraph office unstamped. The clerks would add the stamps and charge the brokers. It was at this stage the fake stamps were affixed rather than the genuine. We do have examples of telegrams with genuine and fake stamps together when the cost was over one shilling. 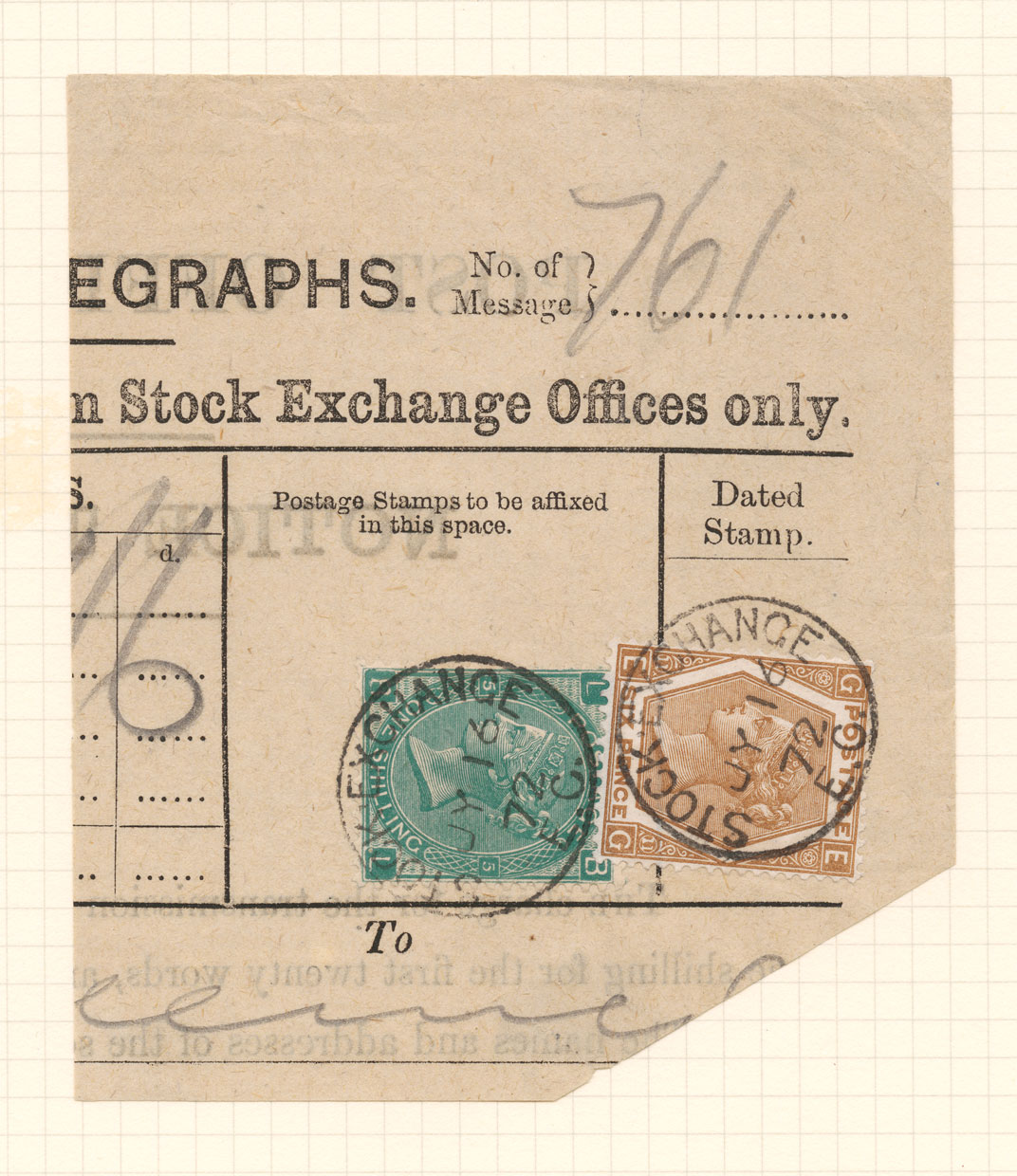 There is some debate about how the forgers made money by using the fake stamps. It has been suggested that the brokers were charged on a regular basis for their telegrams and this money was pocketed, but how was this not noticed? The other theory is that the real stamps were sold back to the post office, but wouldn’t it have been difficult to sell so many? Since on an average day they could be sending thousands of telegrams. That’s a lot of stamps.

What we do know is that it wasn’t until 1898 that these stamps were discovered. Normally the stamped telegrams would have been kept on site for 3 months before being sent for destruction, usually pulped to make more paper. The telegrams from this period were sent to Hamper Paper Mill in Watford, but due to many factors they weren’t destroyed and simply sat in a warehouse. 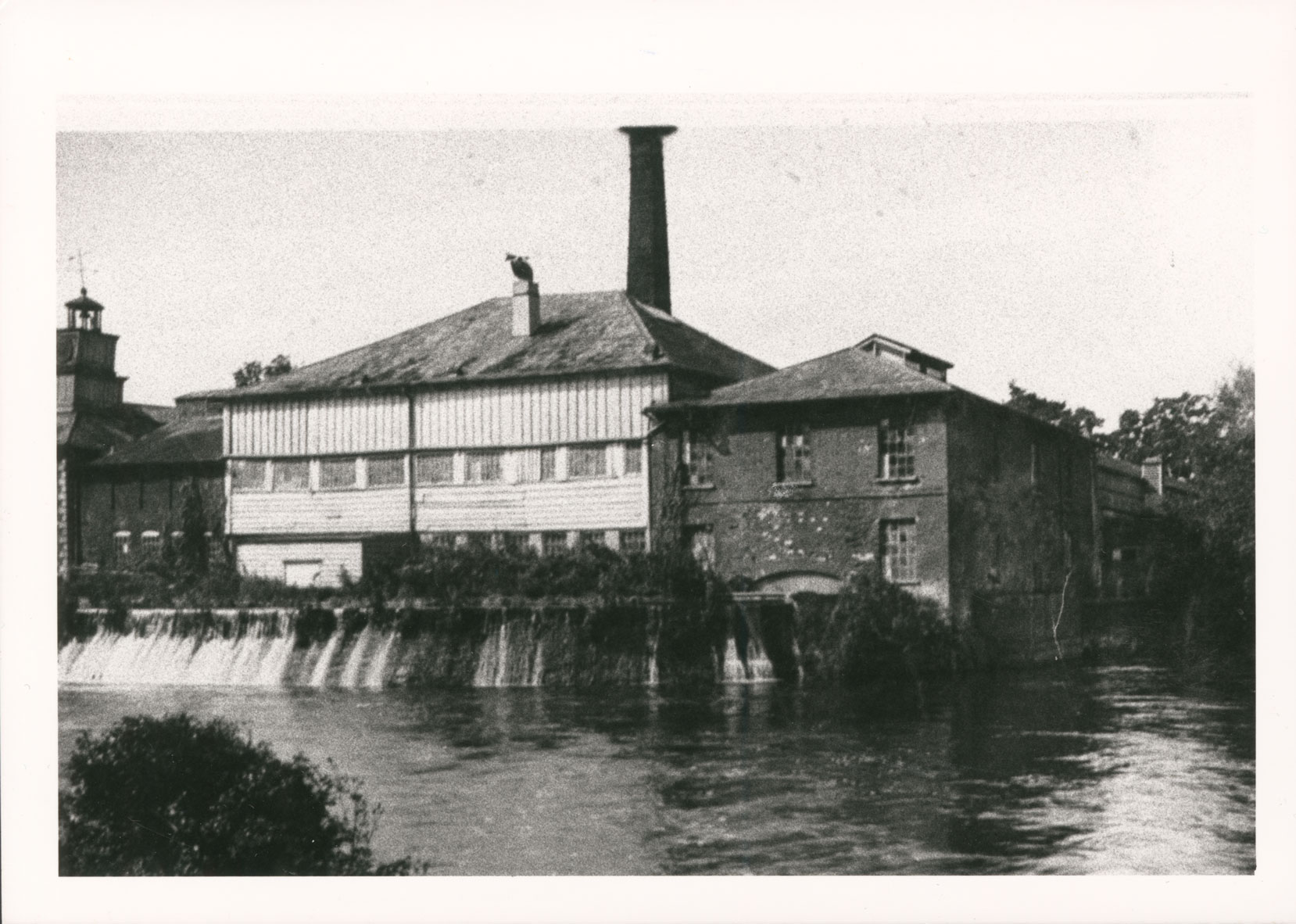 It was here that a second crime took place. The telegrams were stolen and sold onto the philatelic market. The one shilling stamps were expensive and the thieves could make good money reselling these stamps. Without this we may never have discovered the fake stamps ever existed. 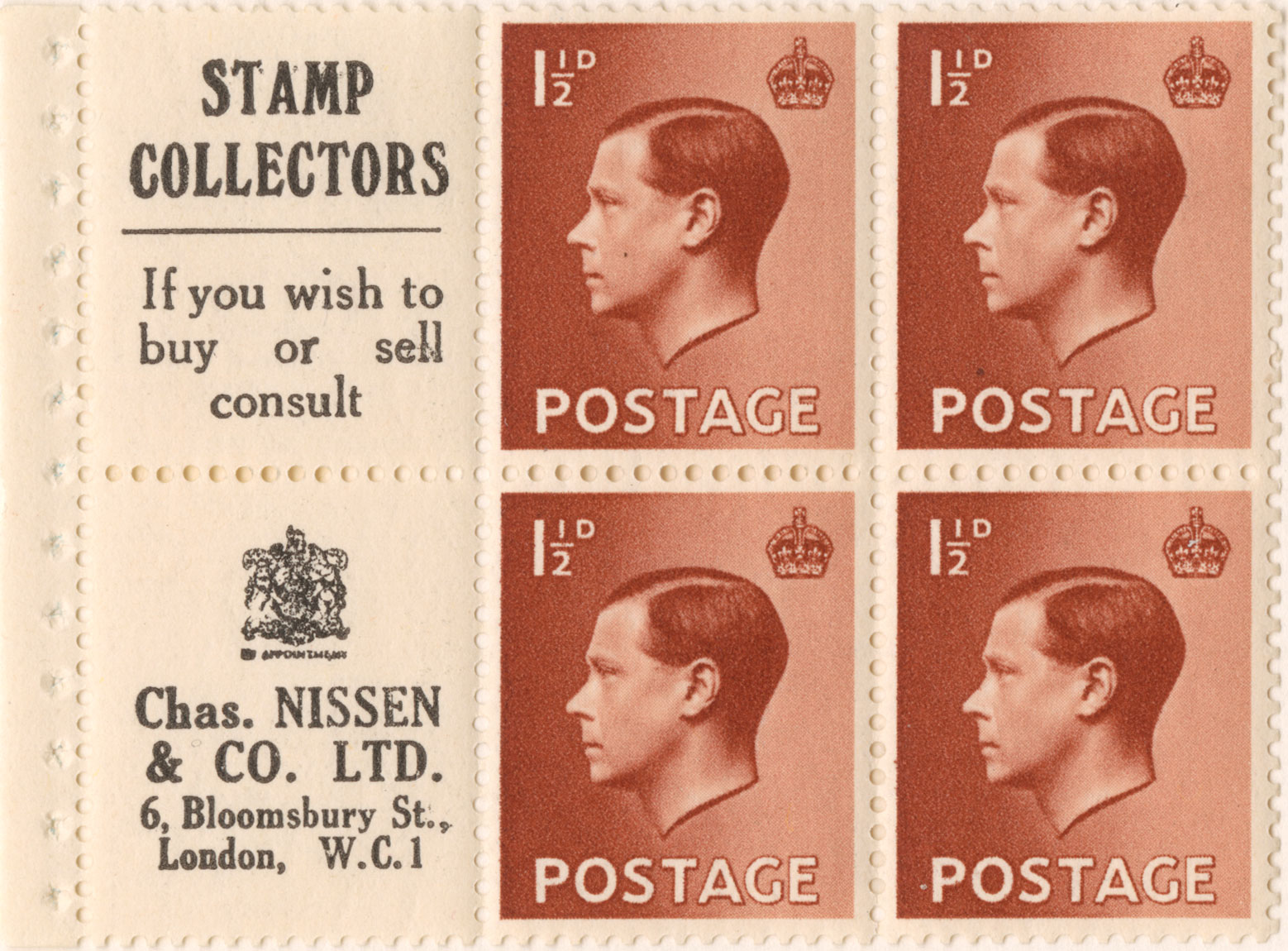 In 1898 stamp collector and dealer Charles Nissen discovered that his purchased one shilling stamps didn’t have their watermark, a ‘spray of roses’. Again, for security purposes the one shilling stamps had a watermark of a rose in the paper. The fact these stamps didn’t have this was extremely strange and Nissen took his discovery to Stanley Gibbons (stamp dealers) who published the discovery.

Flower watermark on the plate 5 sheet of stamps.

Subsequently, numerous other features identified them as fake. One of the most obvious, if you’ve seen a whole sheet (which we assume the forgers never did), was the pairing of corner letters that never appear on the sheet. The sheet letters run ‘AA’ in the top left to ‘TL’ in the bottom right.

Section of the of a sheet from plate 5.

The example below reads ‘NP’, which you can see in the sheet was a combination that didn’t appear. 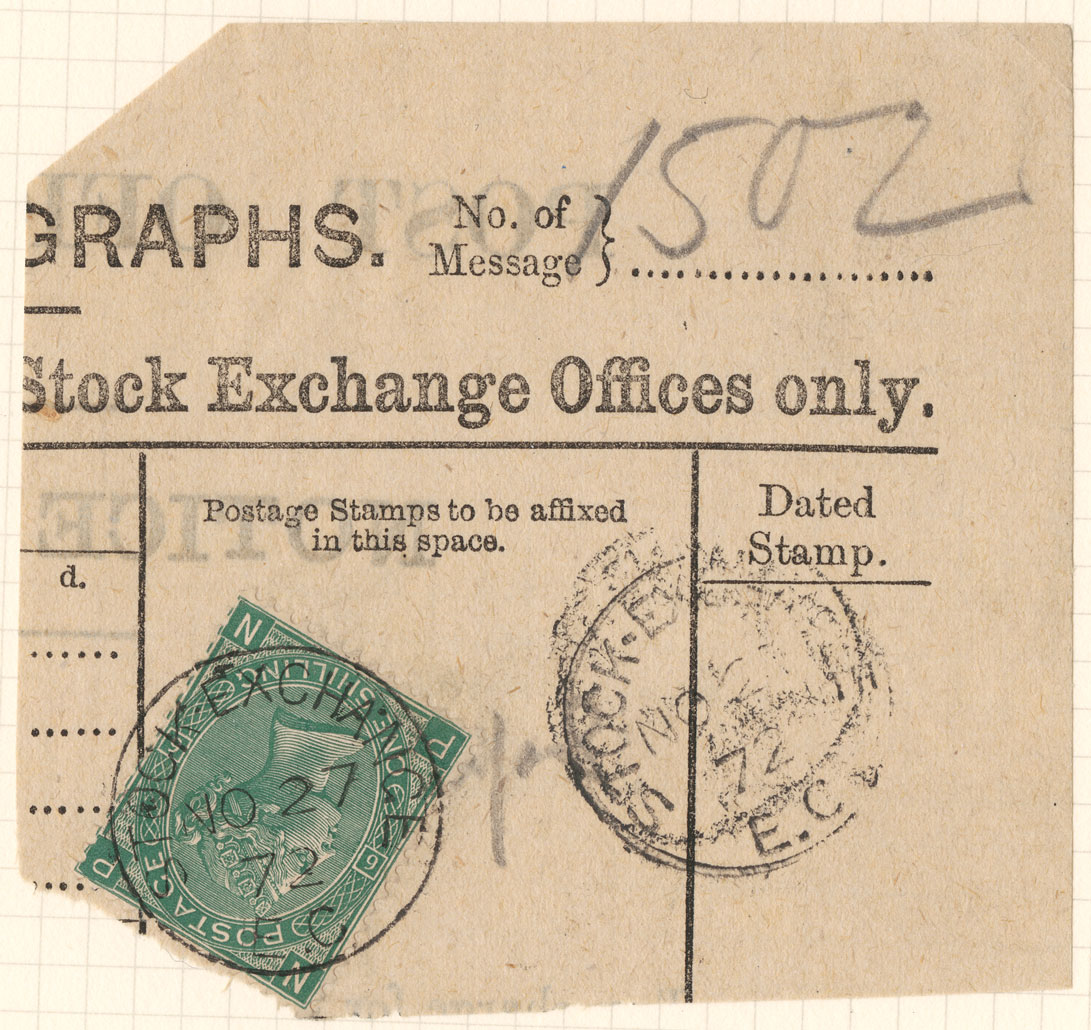 Example of a fake stamp with ‘NP’ corner letters, 1972

This crime is still a mystery with no one ever being convicted, but one thing for certain is that if these stamped telegrams had been destroyed, we may never have discovered these fake Victorian stamps.

There have been subsequent British fake stamps, but Royal Mail continue to strive to make their stamps forge proof. Each year new security features are added to the stamps to stop them from being reused and making it harder for the forgers to get all those small features correct.

If you are interested in seeing these Victorian fake stamps they will be on display in our new Crime exhibition along with some more contemporary fakes.