10 Things You Might Not Know About The Great Train Robbery

Thought you knew every detail about The Great Train Robbery? Then read on...

Curator Joanna, who’s been working on our new exhibition The Great Train Robbery: Crime and The Post compiled some interesting facts from this infamous crime and its investigation. 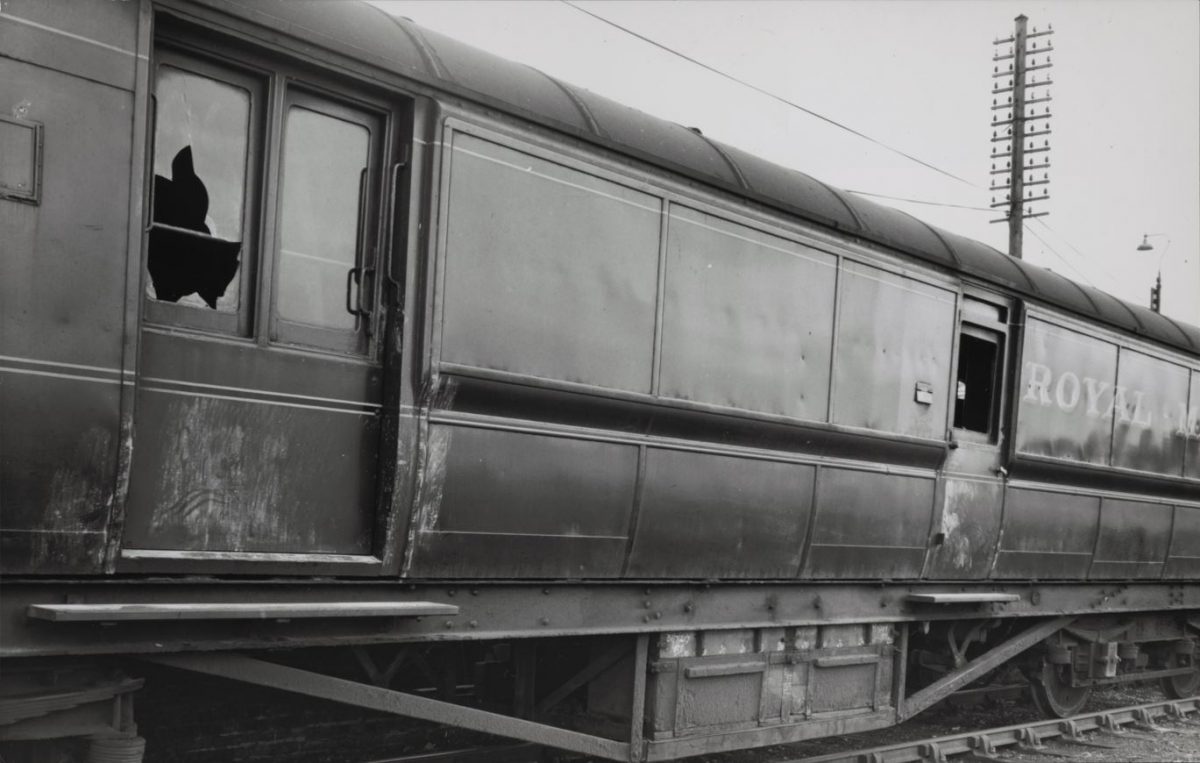 The Great Train Robbery of August 1963 was not the first successful mail train raid. Bandits had targeted Travelling Post Offices several times before, and consequently, security was tightened up on three high-value packet carriages. Bars were added to windows, additional bolts attached to doors and alarms installed.

2. Security out of service

Attempts to increase security were useless on the night of the Great Train Robbery, as the three carriages usually available on the route with additional security features were out of service on 8 August 1963. This odd coincidence, which had never occurred before the night of the robbery, has fed speculation of a Post Office insider for over 60 years. 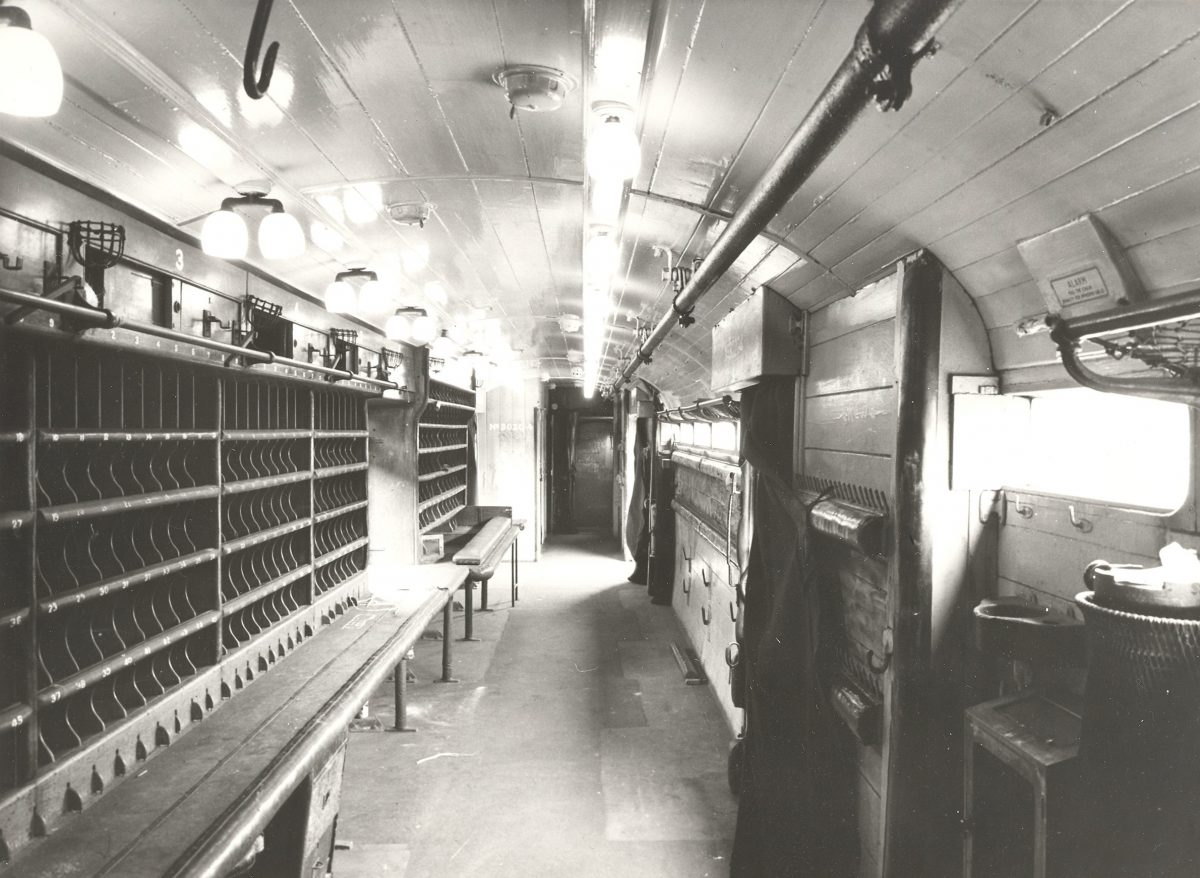 The Post Office’s own investigation team worked alongside detectives from the Metropolitan Police Flying Squad, Buckinghamshire Constabulary and members of the British Transport Police to crack the case.

The Post Office Investigation Branch (IB) took witness statements from the 77 Post Office staff on board the train, including the five workers on the high-value packet carriage. Staff who happened to live in or near the vicinity of the home of a suspected robber were also interviewed at length. 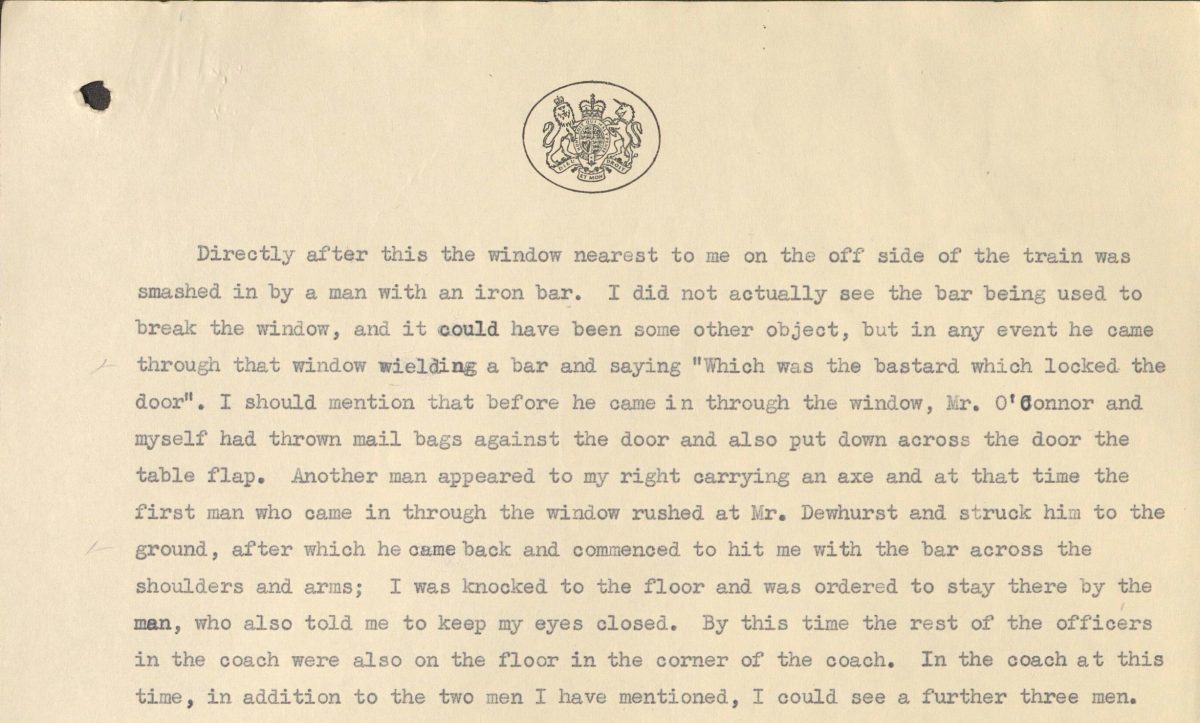 The expenditure of Post Office staff was tracked for months after the robbery, to flag up unusually large purchases. Thomas Penn, who was on board the high-value packet carriage on the night of the robbery, bought a car in 1964. His purchase was investigated by the IB, who decided it was not suspicious.

Deliberate misinformation has fed public fascination in the case. Possible Nazi involvement was made up by the robbers to increase interest in their story while negotiating a book deal. 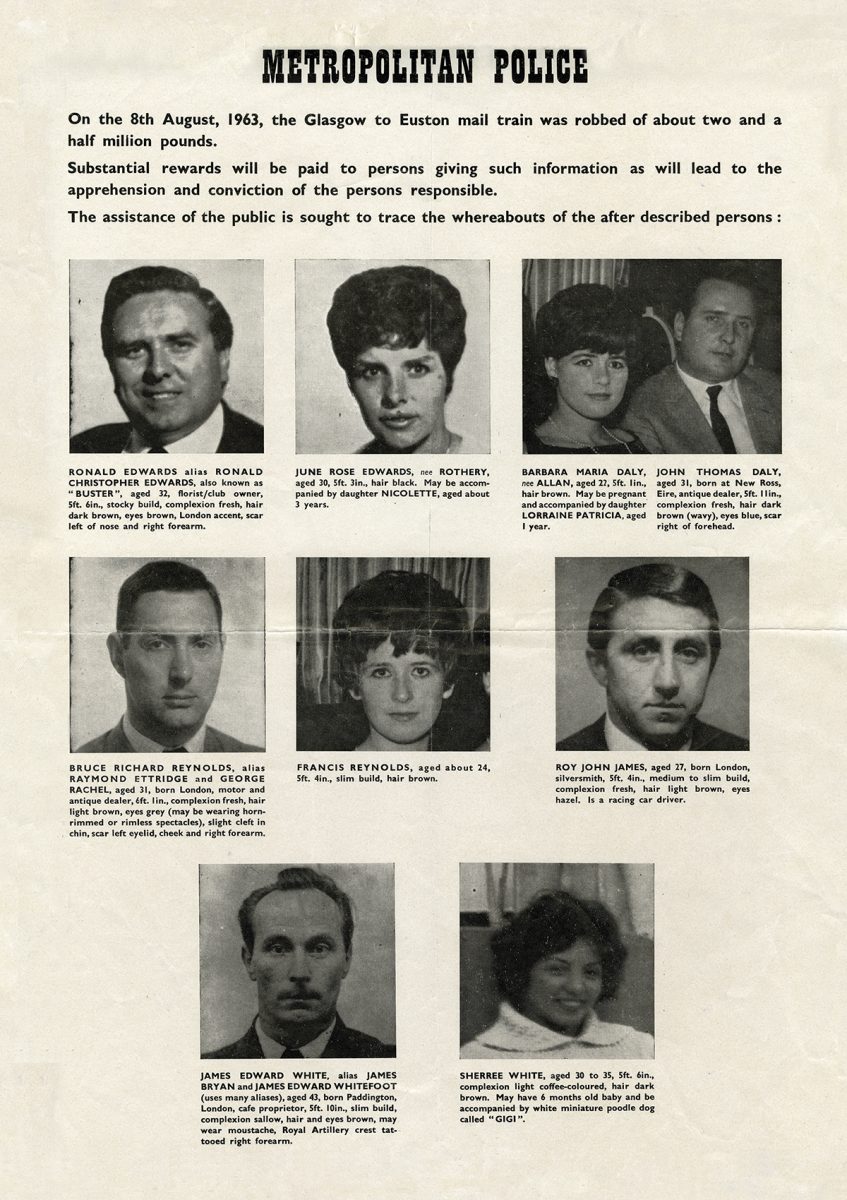 8. The power of the press

Sensational speculation about the gang’s associates led to the chief constable of Durham stating to the press at the time that “tanks, bombs and what I believe are known as limited atomic weapons” could be used to spring Gordon Goody from prison. 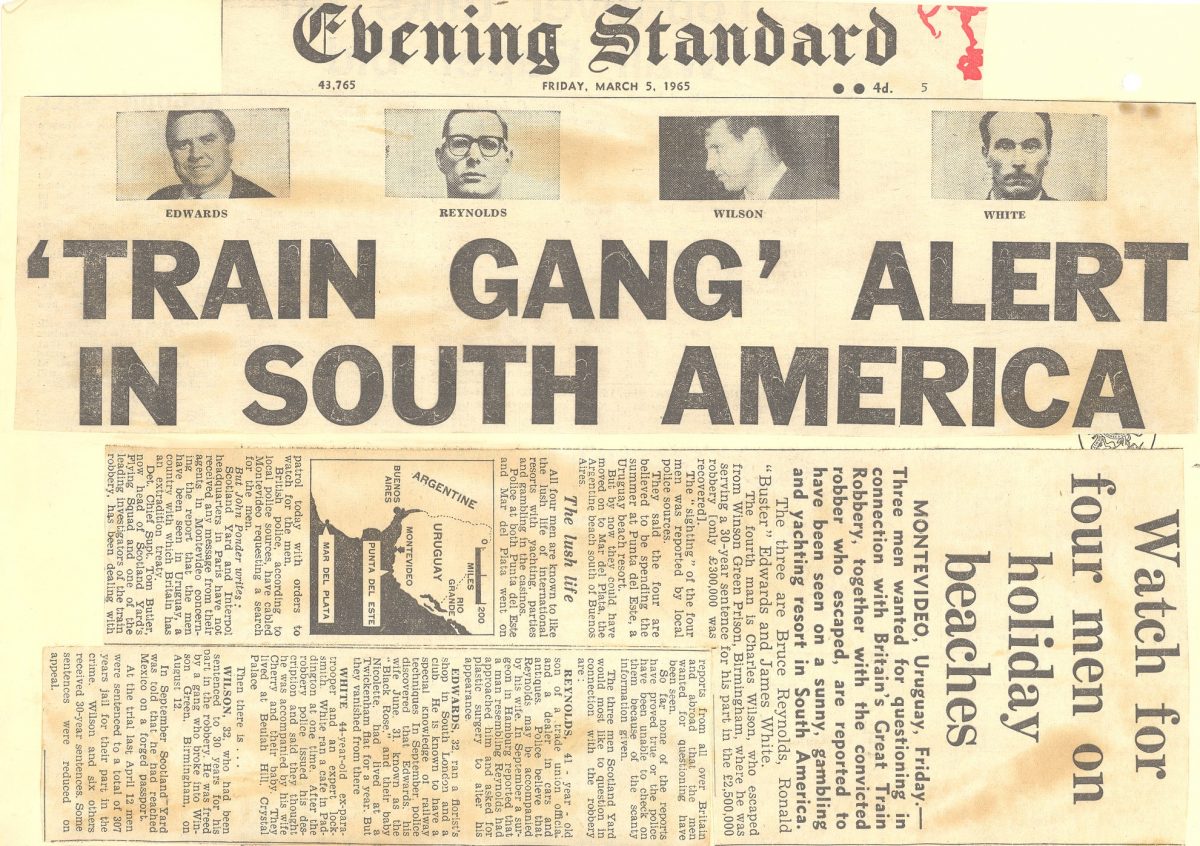 The robbery’s impact on popular culture was cemented through the association between the robbery and counter-culture movements. Ronnie Biggs famously produced music with the Sex Pistols in the 1970s while living in exile in Brazil. In 1995 gang leader Bruce Reynolds appeared in Brit-pop music video ‘Your Smile,’ dressed as a train guard.

Discover the untold story of this audacious crime, its victims and legacy in our new exhibition The Great Train Robbery: Crime and The Post from 11 October 2019.