In the early hours of Thursday 8 August 1963 a travelling post office was boarded and robbed by a gang of criminals in the infamous Great Train Robbery. But what are they and how did they work?

Travelling Post Offices were specially adapted railway carriages. Post Office workers sorted mail whilst travelling at speeds of up to 70mph, ready for despatch to towns on the route.

When did the service start?

The British Post Office has transported mail by rail since 1830. From 1838 some of the trains also had postal staff on board sorting mail into pigeon holes as the train sped toward its destination. These trains became known as Travelling Post Offices (TPO). 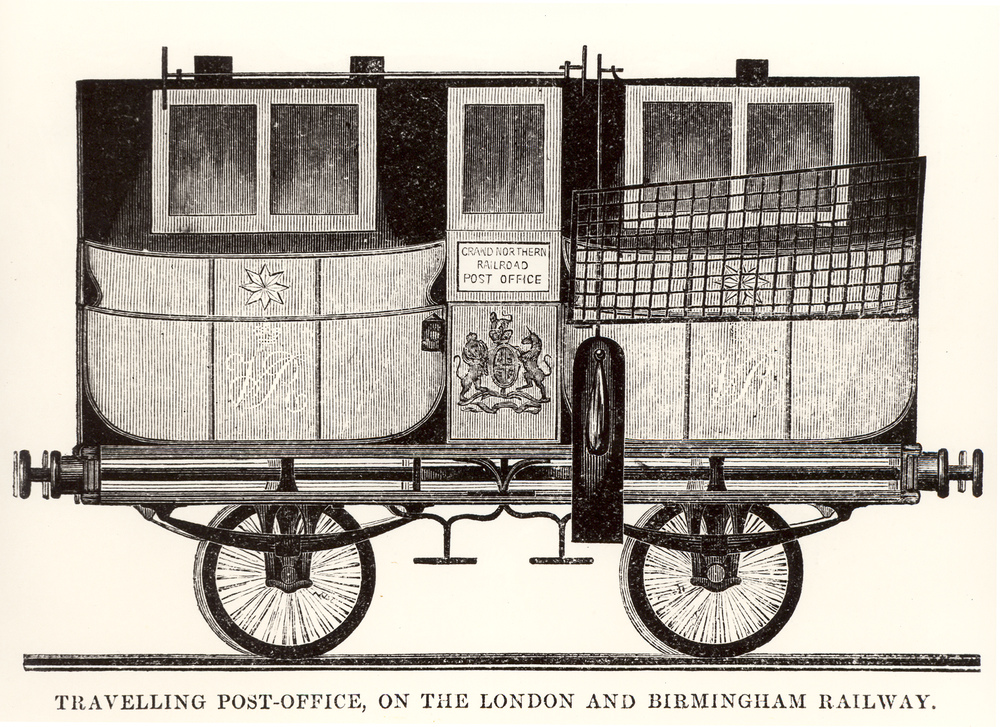 Prior to World War I there were more than 130 TPOs carrying mail across the United Kingdom but during the war, many were suspended as part of wartime economy measures. The heyday of the TPO network was between the wars but the ‘Day Mails’ were cancelled following World War II and the service never returned to its former glory. 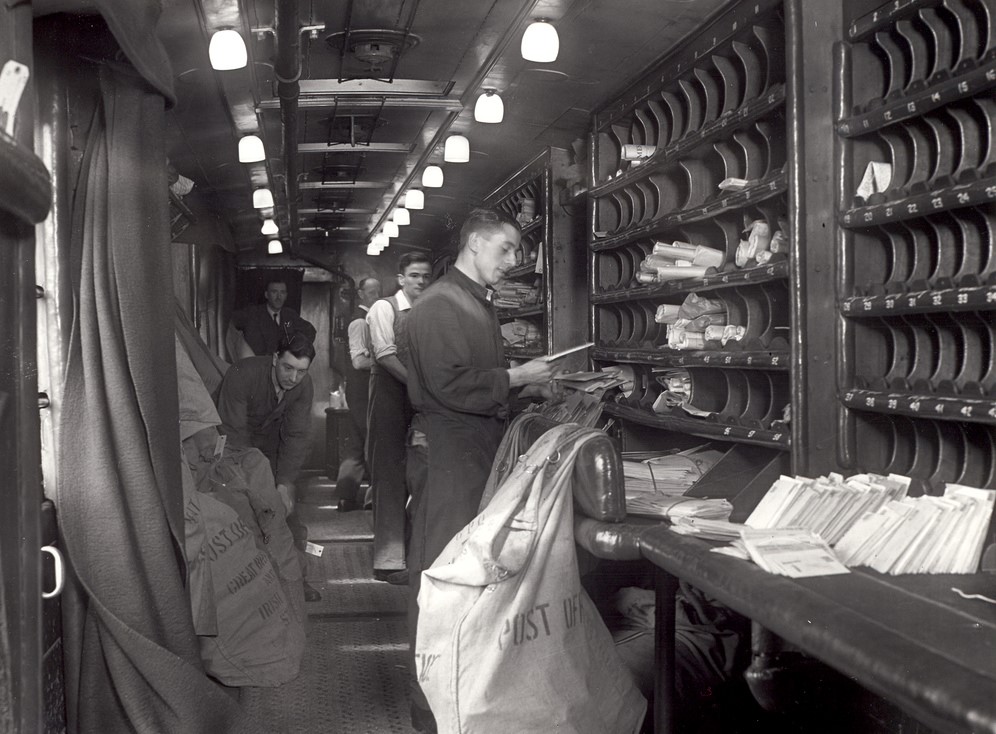 The ‘Night Mails’- TPOs that hurtled through the night, continued alone. 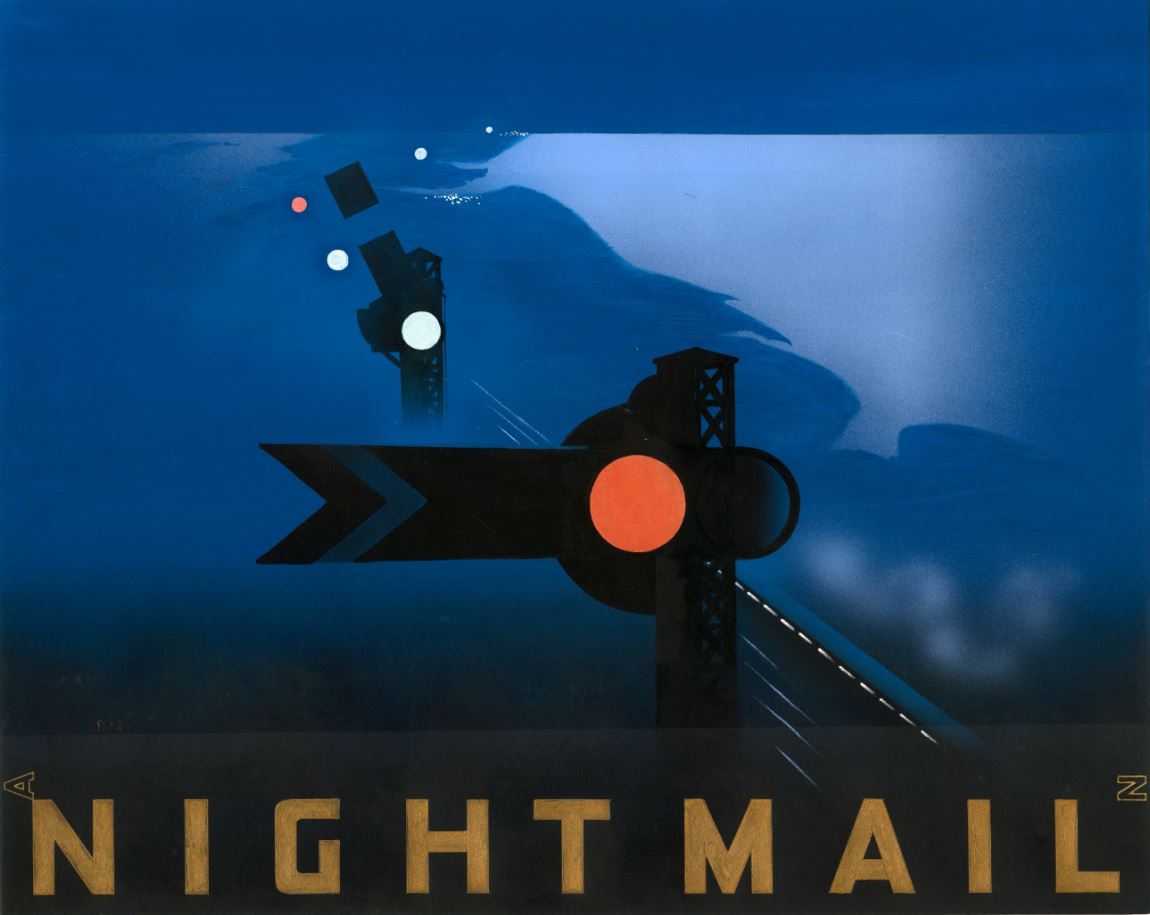 How did it work?

Most bags of mail were transferred on and off the TPOs at station platforms but some TPOs additionally exchanged mails without halting. Large nets hung from the side of these trains would snatch pouches of mail suspended from trackside apparatus, at the same time depositing bags of mail into trackside nets. 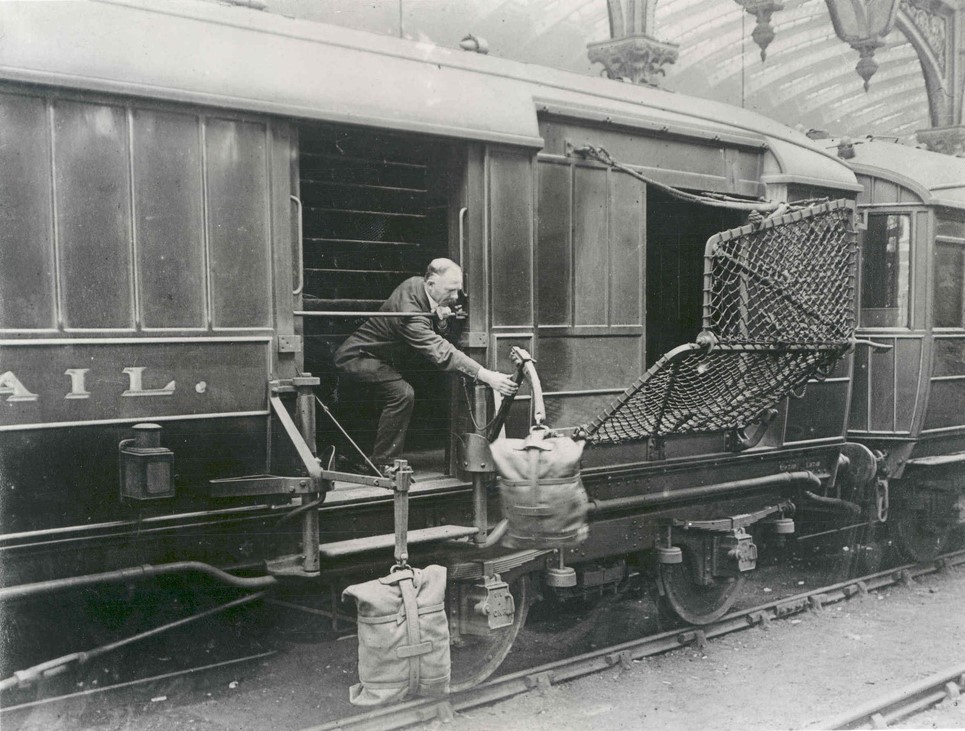 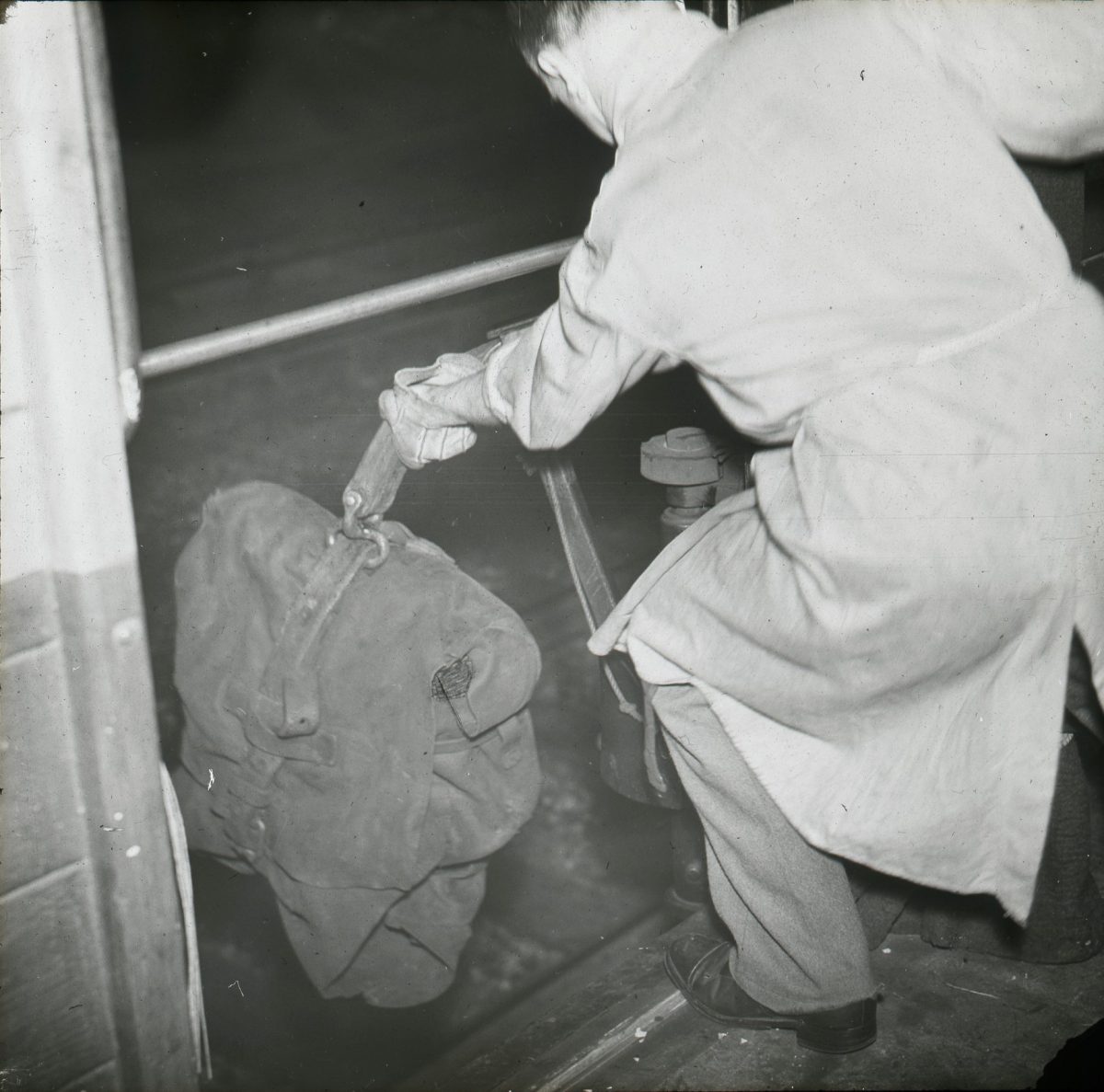 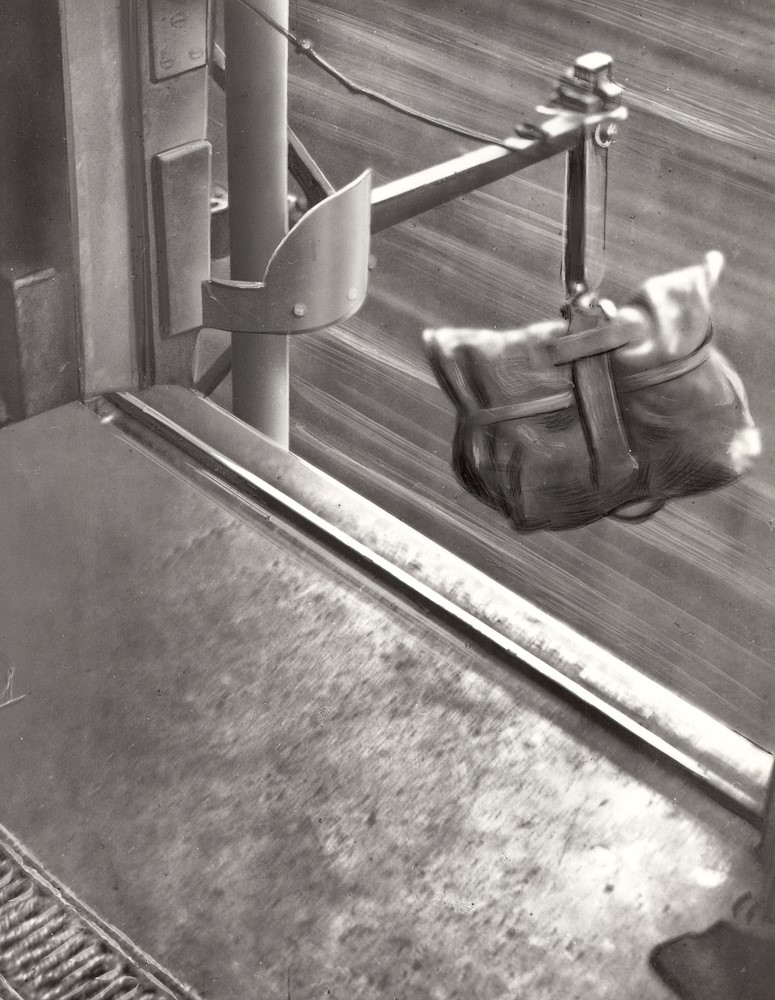 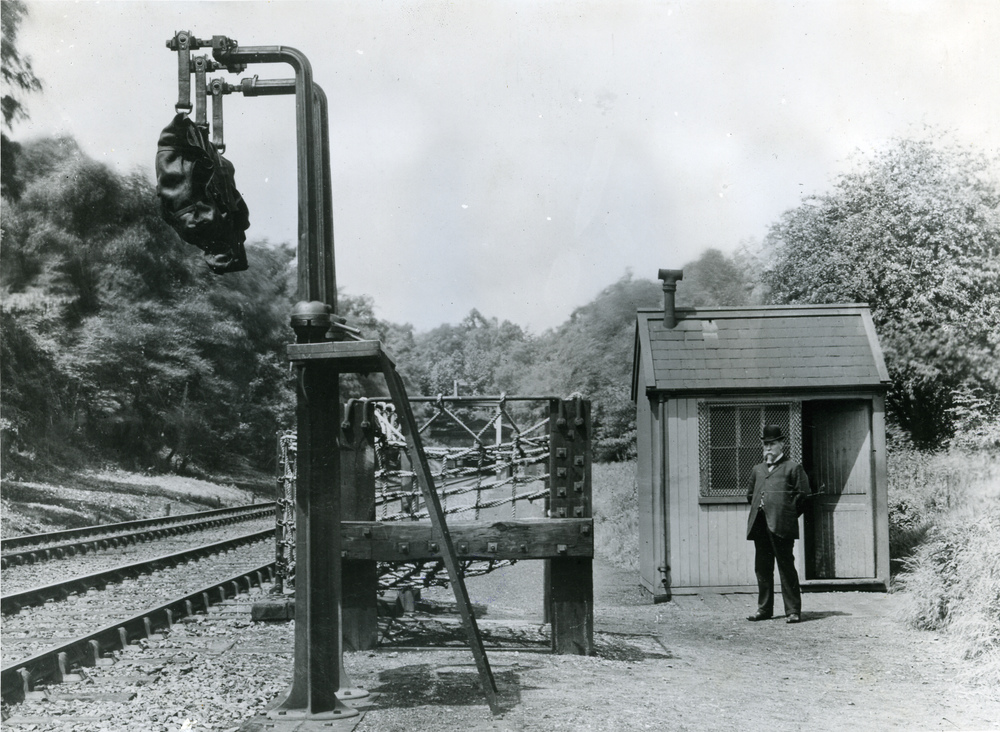 The number of mail bag exchange points probably reached their peak with 245 in use in 1913. It was always a precarious operation but continued until 1971.

Why did it end?

There are many reasons why TPOs ceased- problems with timetabling, the hazardous nature of working on moving trains, cost, the flexibility of road services, declining numbers of letters. 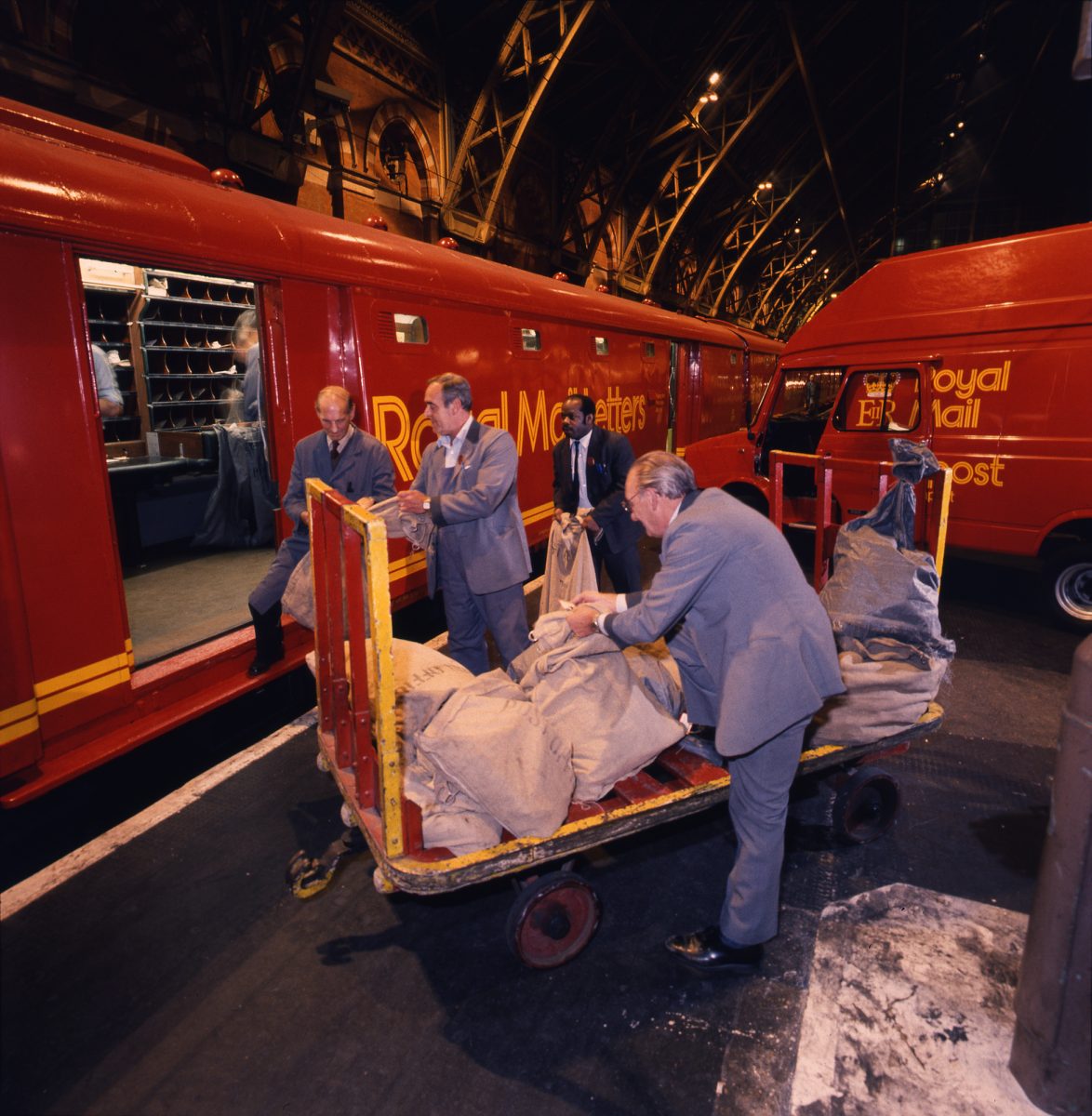 Eventually, following a phased withdrawal, the final TPO ran on the night of 9 January 2004. To this day, however, mail continues to be carried in sealed train carriages, with no postal staff on board, just as it had when the first mail train ran.

Our new temporary exhibition The Great Train Robbery: Crime and The Post will take you back to the infamous attack on a Travelling Post Office in 1963.

Explore the never-before-seen files and evidence, and hear about the Post Office Investigation Branch’s heroic detectives, who put their lives on the line to bring the criminals to justice. Opens on Friday 11 October!