The First World War brought many changes to the Post Office, and it was never the same again. 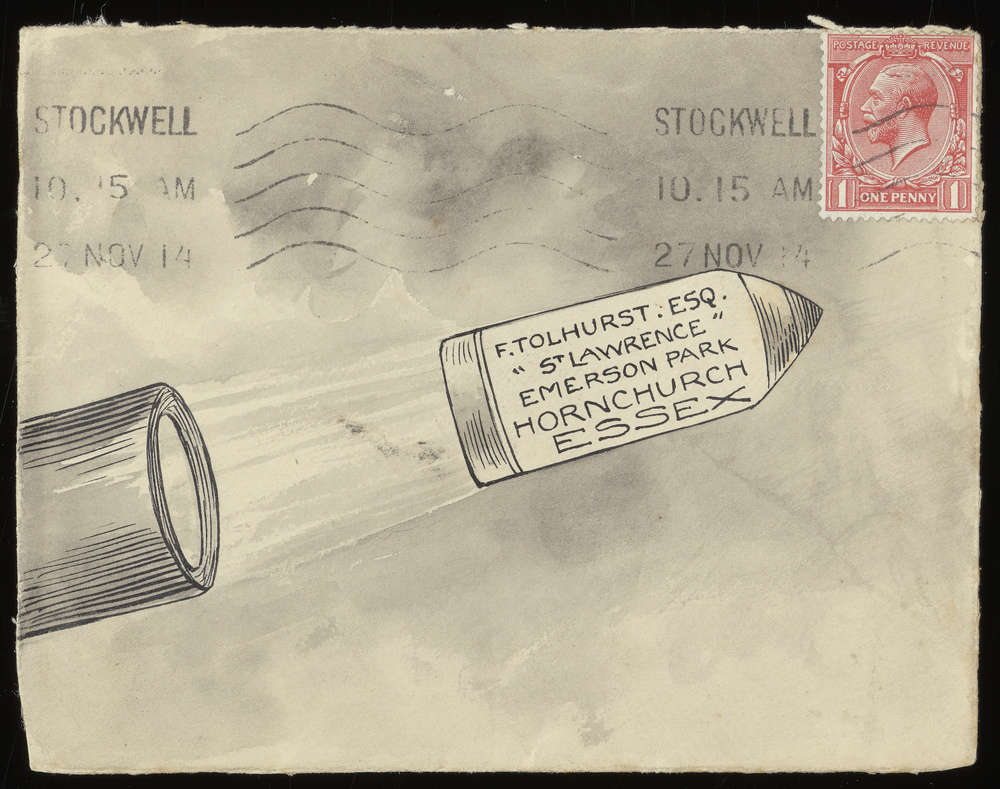 By 1914 the Post Office employed over 250,000 people with a revenue of £32 million making it the biggest economic enterprise in Britain and the largest single employer of labour in the world.

When war was declared in 1914 an outbreak of national fervour saw huge numbers of men clamour to enlist with the armed forces, including 11,000 Post Office staff. Every male employee was sent a letter encouraging him to enlist—a plea that was echoed by union leaders—and by December 28,000 staff had obliged. In fact, the government used the GPO to distribute recruitment forms throughout the country—later mass distributions organised by the Post Office include the circulation of ration books in 1917. By the end of the war the Post Office had released 75,000 staff for war services. 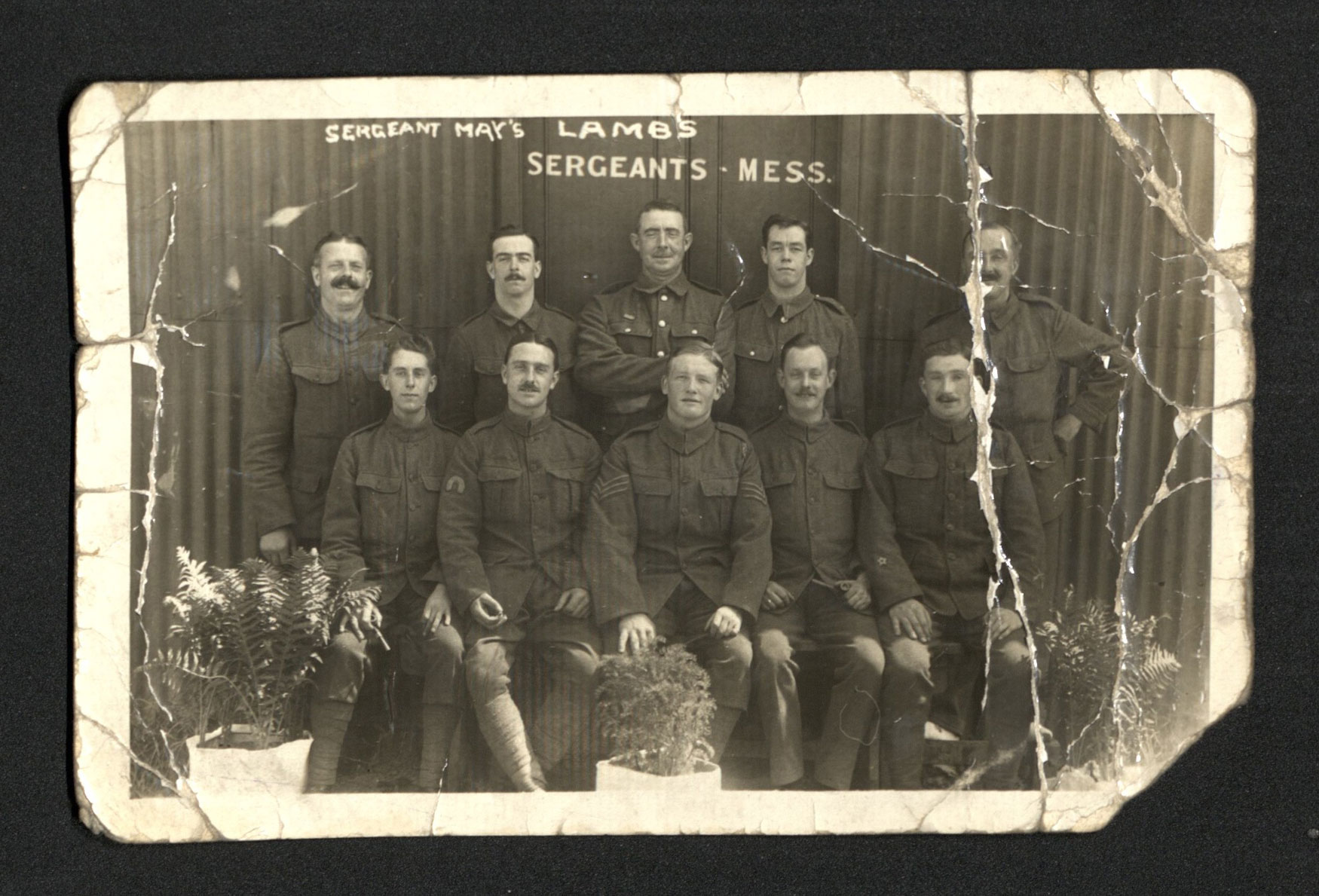 The Post Office also had its own battalion comprised entirely of postal staff: the Post Office Rifles(POR). This infantry force fought on the Western Front suffering heavy casualties at Ypres and the Somme.

Receiving hundreds of gallantry awards and one Victoria Cross, approximately 12,000 men joined the colours with the POR. Of these, some 1,800 were killed and 4,500 were wounded.

Responsible for army mails in all theatres of war, the APS not only handled mails between Britain and the forces abroad but coordinated communications between units at the front. 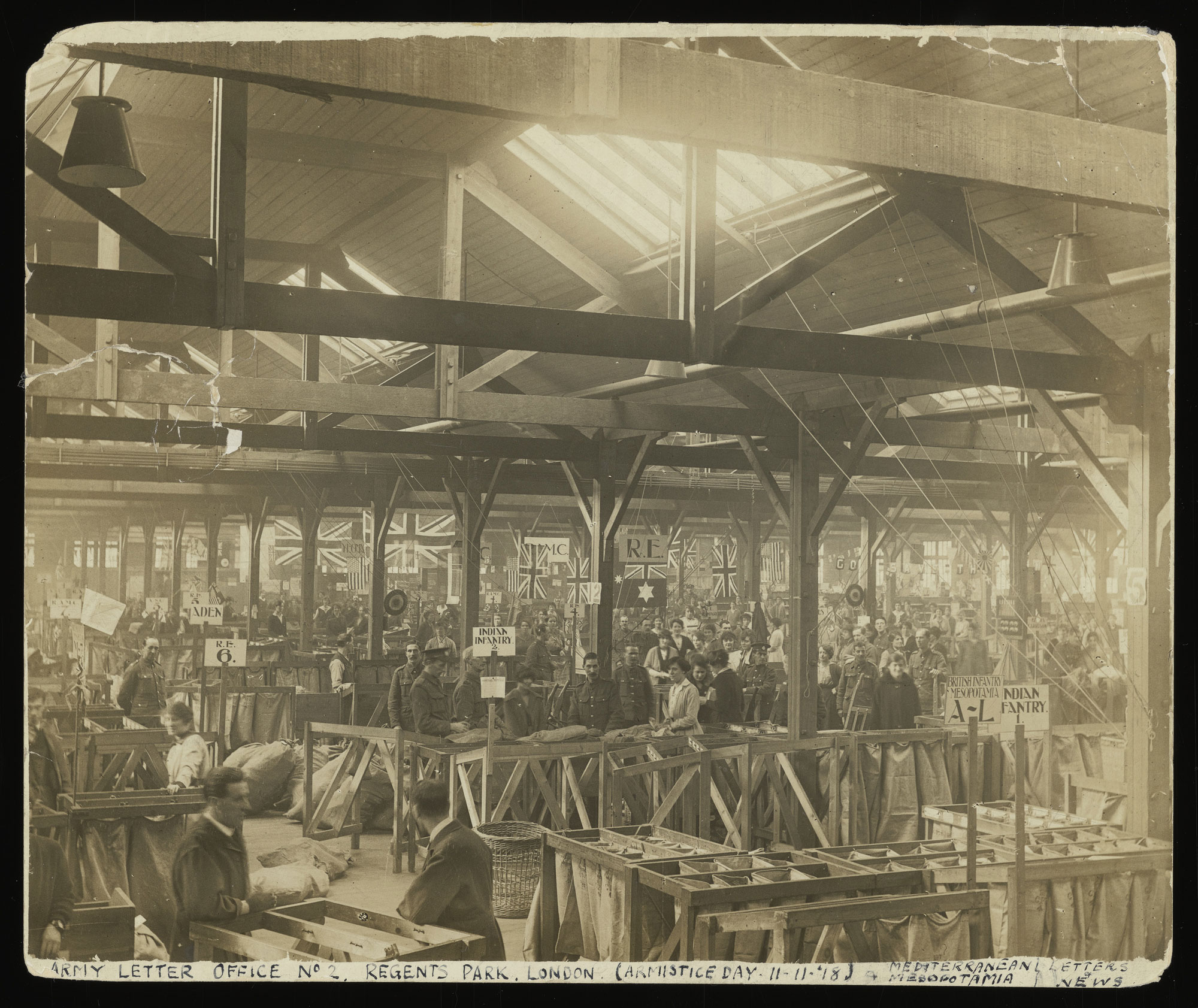 With the onset of trench warfare, all mails bound for troops on the Western Front were sorted at the London Home Depot by the end of 1914. Covering five acres of Regents Park, this was said to be the largest wooden structure in the world employing over 2,500 mostly female staff by 1918. During the war the Home Depot handled a staggering 2 billion letters and 114 million parcels.

In France, the APS established base depots at Le Havre, Boulogne and Calais and mail was carried with munitions on supply trains to the front. In 1917 over 19,000 mailbags crossed the channel each day with half a million bags conveyed in the run up to Christmas.

With nearly a quarter of the workforce enlisted with the army, thousands of temporary workers were drafted in by the Post Office including 35,000 women in the first two years of the war. 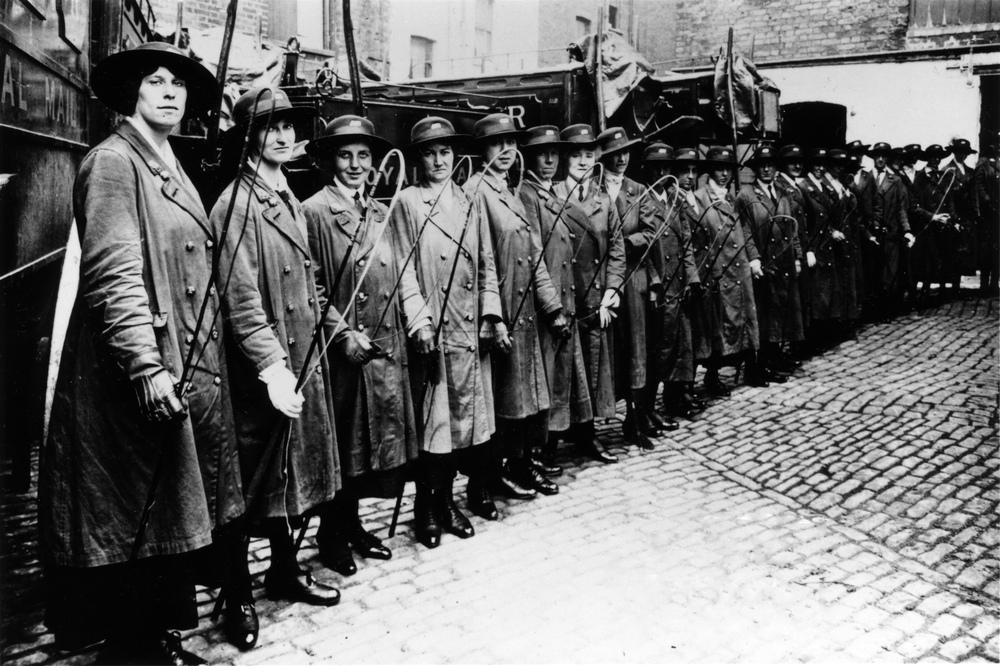 Although the Dublin Post Office was seriously damaged during the Easter Rising of 1916, the most dramatic destruction of Post Office property came in July 1917 when the Central Telegraph Office (CTO) in London was bombed during a daylight air raid. The attack not only brought down a portion of the roof, but for a few hours took down the inland and international telegraph system. Offices in Birmingham stepped in straight away and the CTO was up and running within three days. No one was hurt thanks to a national air raid warning system developed by the Post Office Engineering department.

The Victoria Cross (VC) is Britain’s highest award for gallantry. It is awarded only rarely, and issued only for the highest possible bravery. Many of the recipients lost their lives in the act that gained them the medal. The award was first conceived by Prince Albert, Consort to Queen Victoria, in recognition of the bravery of men of all ranks during the Crimean War. During the First World War it was awarded 628 times, four of these awarded were to postal workers.

Finally, the First World War hailed the end of the famous Penny Post. The Treasury had been heavily drained by the huge costs of the war and the government needed to raise extra revenue by all possible means. The standard national postage rate of one penny for letters had stood for 75 years and was reluctantly abandoned in June 1918 when postage was raised by a half penny. Concerning the demise of the Penny Post, one postal historian has lamented that “one of the great triumphs of peace, had succumbed to the demands of war”.

Sources from the collection

An extensive list of archival documents relating to the First World War is available upon request at our Discovery Room. The following sources are an excellent starting point, covering a number of major aspects of the Post Office during 1914-1918.

POST 56/102: Letters from the Postmaster General to staff requesting volunteers for war service (1915)