Today, the Post Office Rifles are remembered for their role as infantry on the Western Front in the First World War.

Their bravery, tenacity and character during the severe conditions in the trenches are well documented and their actions on the Somme, Passchendaele, and elsewhere have earned the battalion high praise and a prestigious place in British military history. 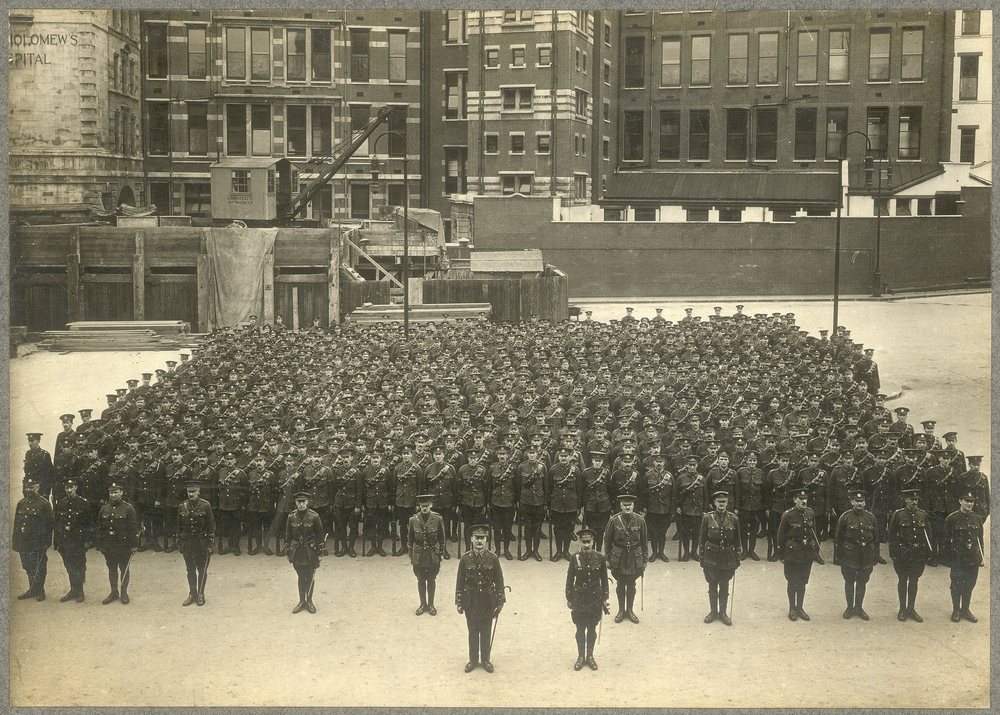 They have many military medals and accolades in evidence of this. Comprised mostly of Post Office employees, approximately 12,000 men fought with the battalion, suffering losses of 1,800 and 4,500 wounded. 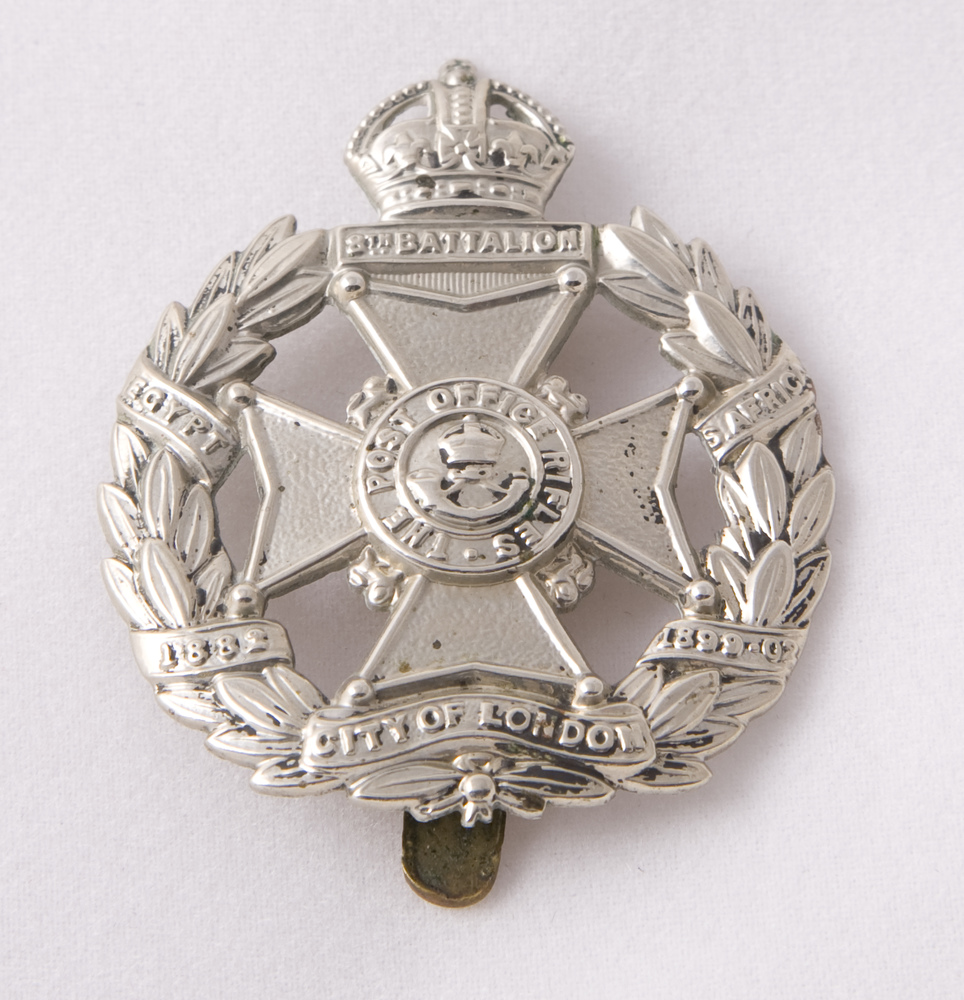 In 1882, hostilities in Egypt threatened British control of the Suez Canal. The War Office drew upon the 24th Middlesex Rifle Volunteers to form the 100-strong Army Post Office Corps. This quickly saw military action at the Battle of Kassassin (9 September) under the command of Captain Sturgeon.

In 1885 The Post Office Rifles were again deployed under Captain Sturgeon. This time it was as part of the British Expeditionary Force (BEF) dispatched to support General Gordon in Khartoum.

During the 1899-1902 South African (Boer) War, the 24th Middlesex contributed 16 officers and over 1,000 men of other ranks to oversee a comprehensive effort of wartime communications. They suffered 46 fatalities from wounds and disease. The regiment was decorated for their efforts.

Though the regiment was relieved of its postal duties after the Haldane Reforms of 1908, it kept its association with the Post Office and continued to recruit postal workers into the Territorial Force under its new title ‘8th Battalion, City of London Regiment (Post Office Rifles)’.

To accommodate the swell of recruits in the First World War, a second Post Office Rifles Battalion was formed in September 1914. They were titled the 2nd/8th Battalion. 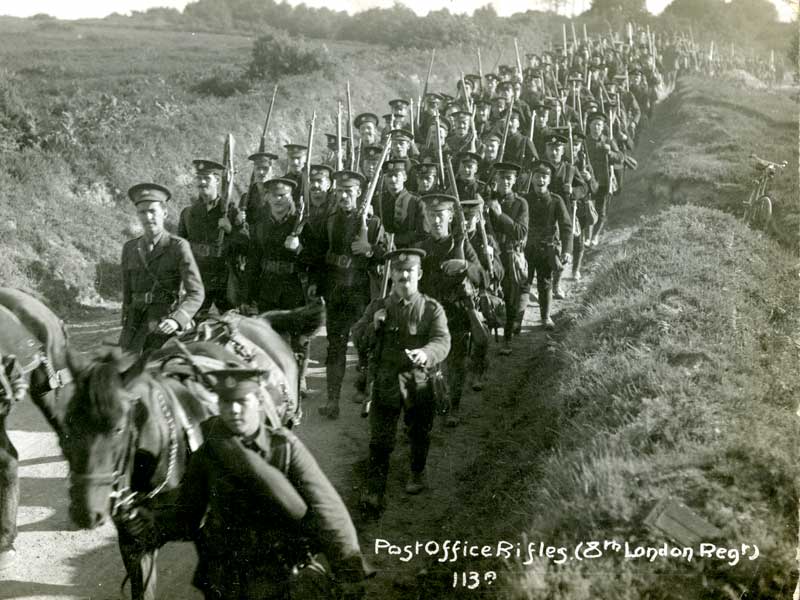 Loos and the Somme

The battalion saw further action at Loos in the same year and in 1916 were involved in some of the worst carnage of the war at the Battle of the Somme. For their part, the PORs entered the hostilities late in the battle (October) but still sustained forty dead, 160 wounded and some 200 missing. 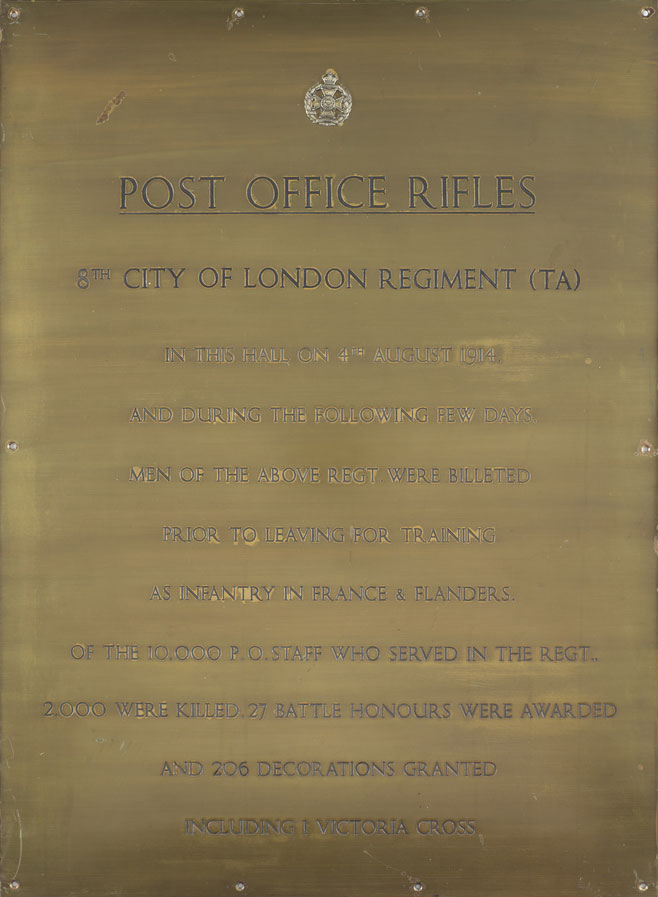 However, the Post Office Rifles were in the thick of the fighting through 1917, at Ypres from the start of the campaign. Many POR descriptions of fighting on the front vividly tell of the grim realities of trench warfare.

Those that survived were commended for the Battalion’s achievements. “I thought” said the Divisional General, on parade after an attack, “you were a lot of stamp lickers, but the way you fought…, you went over like a lot of bloody savages”.

The Post Office Rifles received 145 awards for gallantry including one Victoria Cross for Sgt. A.J. Knight.

After the First World War

In 1921 the 8th Battalion was amalgamated with the ‘non-Post-Office’ 7th Battalion. This represented a change in the role of the Post Office Rifles. The move was seen by some as a dilution of the Battalion’s Post Office identity. It was subsequently merged with a London Anti-Aircraft battalion in 1935. It finds its successor today in the Royal Logistics Corps.

Sources from the collection

A detailed and readable history can be found in the book by the historian Charles Messenger, Terriers in the Trenches: The History of the Post Office Rifles 1914-1918 (1982). A copy can be found in our Discovery Room. Also in the Discovery Room is a portfolio of various newspaper cuttings, reports, articles and images all related to the Post Office Rifles, that have been collected over the years by our staff.

We hold a number of historical records on this subject in its archives (shown here with links to the online catalogue entry):

POST 56/196: Photographs showing old comrades of the Post Office Rifles parading before the Postmaster General, Tony Benn, to mark the 50th anniversary of their first landings in France (1965)