Find out about the creation of one of the most recognisable designs of the 20th century.

Why did we need a new stamp?

Who was Arnold Machin?

Arnold Machin was born in Stoke-on-Trent in 1911, one of 12 children. He was apprenticed to decorate china and would later go on to work at the Old China Works and Wedgwood. He won a scholarship to the Royal College of Art and was elected a member of the Royal Academy in 1956.

Even though Machin was already working on his effigy of the Queen, the SAC (Stamp Advisory Committee) requested that new photos be taken. She agreed to this and on the 22nd of June 1966 John Hedgecoe visited the palace to photograph Her Majesty. The images taken feature the Queen wearing the Diadem, rather than the Tiara you see above. This replicates the original Wilding Definitive and what Queen Victoria wears in the Penny Black. 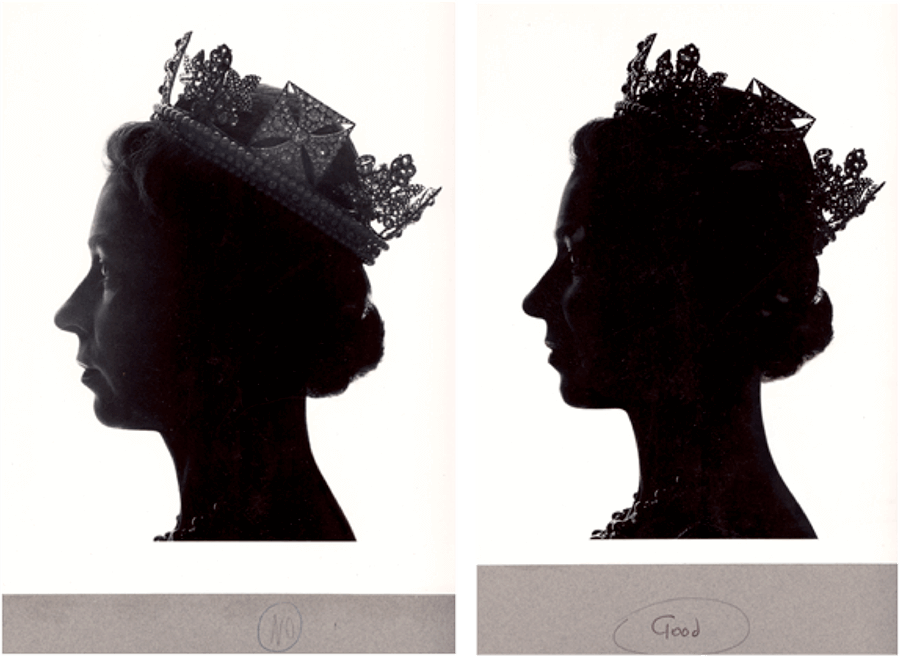 The annotation under the images is actually in the Queen’s own hand, who had a strong opinion on the photographs.

The photos taken by John Hedgecoe were sent to Arnold Machin. It was from these images he began to produce his next design wearing the Diadem. He included a necklace similar to what she wore during the photo-shoot. This plaster cast was produced in October 1966. Machin also produced an example of the effigy with a corsage which is commonly known as the ‘Dressed Head’. Essays were made of both designs and sent to the Queen. She was very happy with the design, but preferred the image with the corsage.

Can you spot the difference? 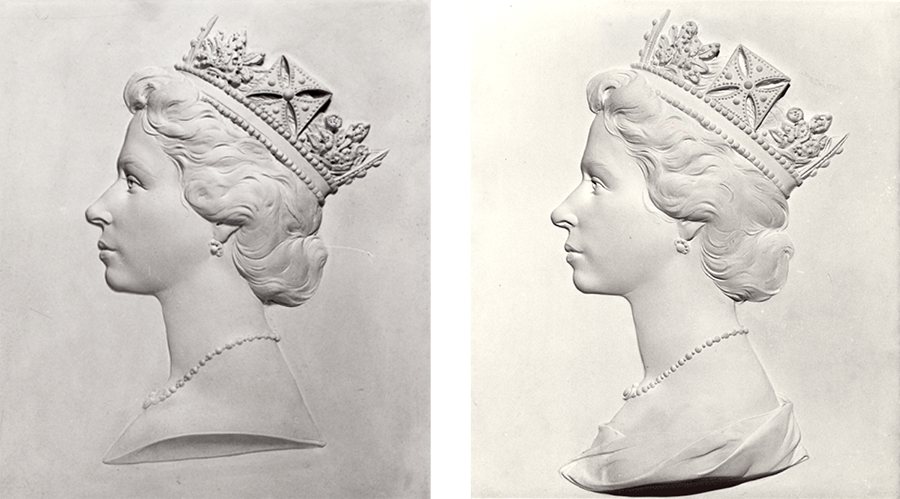 Machin’s casts based on Hedgecoe’s photographs.

The essays sent to the Queen were produced in numerous different colours. The Queen requested that the first stamp to be produced in the new design should be in an Olive Brown Sepia colour. This was to imitate the original stamp, the Penny Black. The first 4d stamp was issued on the 5th of June 1967, and since then the Machin design has been reproduced over 200 billion times. 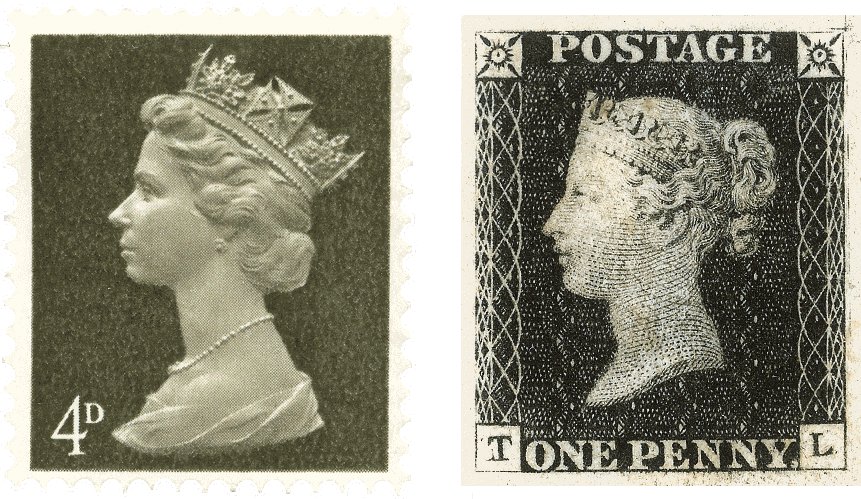 The Machin design is instantly recognisable and has become an icon of the British monarchy. Great Britain is the only country in the world where the name of the country doesn’t feature on the stamp. As the creators of the stamp, the image of our monarch denotes the country and since 1967 Arnold Machin’s image has been doing this. 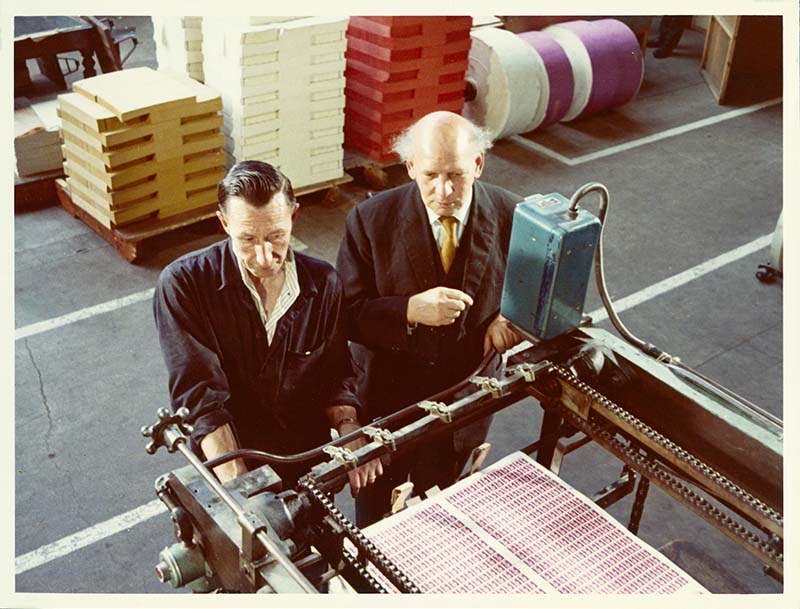 Arnold Machin watching his stamps being printed at Harrisons.