Explore the investigation into one of the most audacious crimes of the 20th century.

At around 3.00am on 8 August 1963, a gang of armed criminals boarded a Royal Mail train en route to Euston station in London. Dangerous and organised, they escaped with a staggering £2.6 million (£50 million in today’s money).

Up until this time Britain had a proud record of operating a vast rail network without a major robbery. The robbery stunned the nation because of the enormous amount of money stolen. It also captured their imagination as the highly organised style of the robbery sounded more like a Hollywood script. Tales of a criminal gang co-ordinated by a single mastermind were soon spreading through the press. 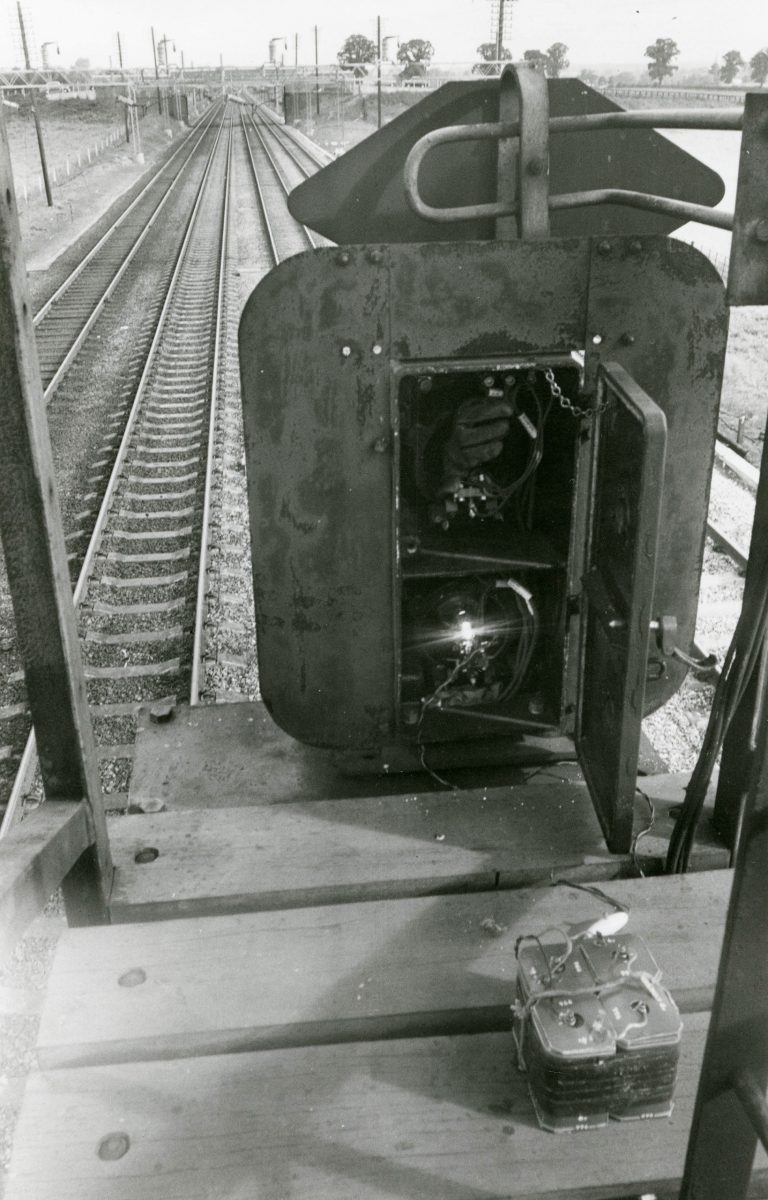 Photograph of the glove that covered the light stopping the train,1963. © Thames Valley Police.

The mail train was stopped after someone from the gang of criminals tampered with the railway signal at Cheddington near Leighton Buzzard. On reaching the tampered signal light the train stopped and the train fireman jumped from the train to the nearest railway telephone. Shortly afterwards he returned and told the driver, Mr Mills, that the telephone wires had been cut. At this stage both the fireman and Mr Mills were brutally attacked by a member of the gang, Mr Mills sustained a severe head injury (which may have contributed to his untimely death, a few years later). After attacking Mr Mills, the gang realised that they were not able to drive the particular model of train. The injured Mr Mills was then forced to drive the train on to a pre-arranged meeting point; where the rest of the gang would unload the High Value Packets containing the money. 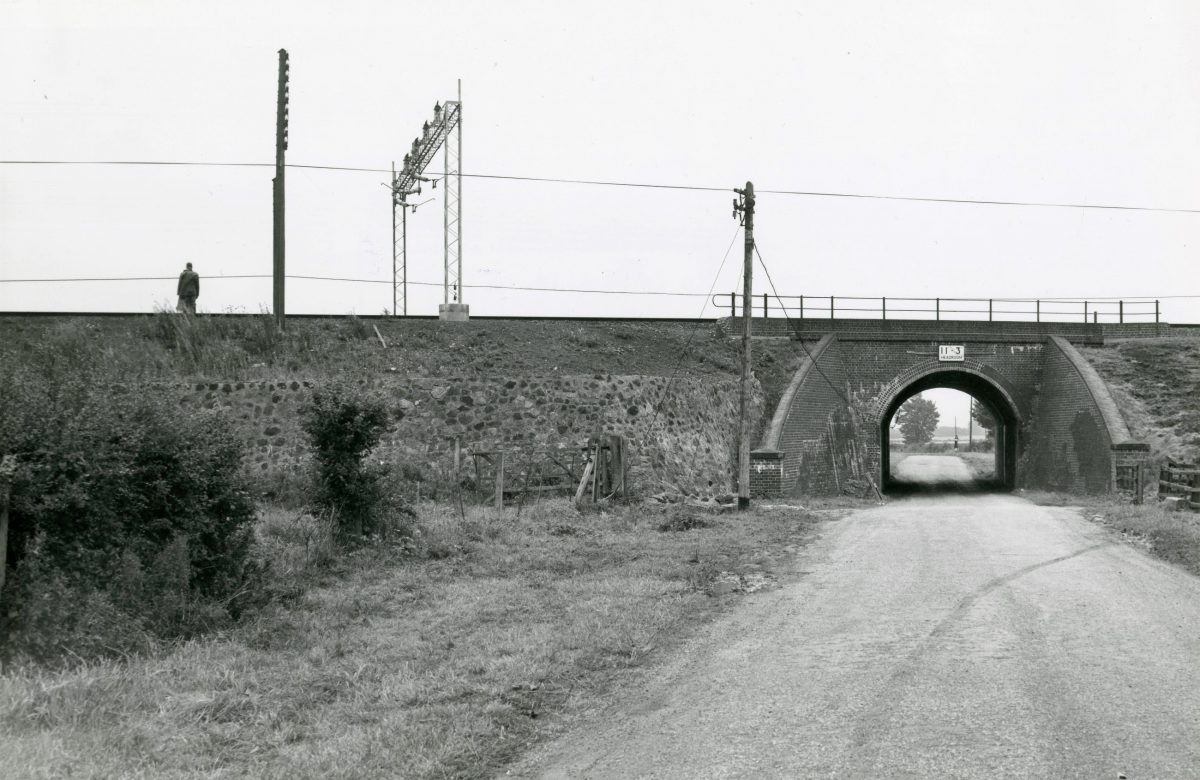 Photograph of where the train came to a stop, 1963. © Thames Valley Police.

Before the train moved off, some members of the gang uncoupled the third carriage. So now only the engine and first and second carriage would be pulled forward by the engine. As the engine pulled away, the five officers working in the High Value Packet coach heard steam escaping, saw that the third coach was detached and assumed that the connecting coupling had accidentally broken. They attempted to attract attention by pulling the communication cord and then by opening the window and shouting, but these were unsuccessful. 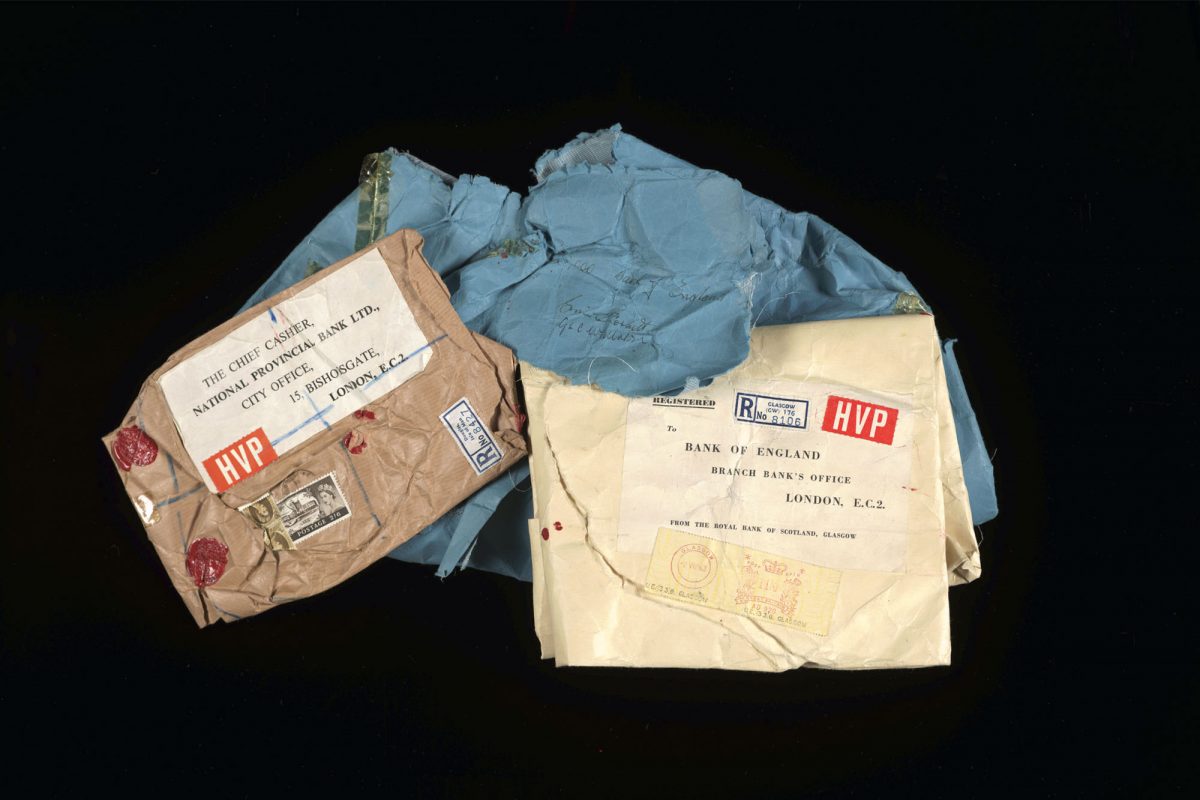 Great Train Robbery Mail – Items used as formal evidence in court. The marking HVP stands for ‘High Value Packets’. The image shows a mailbag and the seal press used on the train

None of the officers were aware that an attack was being made on the High Value Packet coach until one of the windows was completely smashed. One of the officers then called out “It’s a raid”. Whilst an attempt was made to fasten the corridor door and to pile bags against it, one assailant brandishing a heavy metal crow bar entered the coach through the off-side centre window. Other assailants then entered through the corridor door, threatened the five officers and made them lie down at the far end of the van. One robber stood guard over them whilst others threw bags of High Value Packets out, which were passed to a waiting vehicle.

The press was rife with rumours. The Postmaster General returned early from his holiday in Spain. On his arrival he was met with a barrage of questions from the press. He also announced that the three top-security trains which should have been on the mail run that night were all out of action. This fuelled speculation that the security trains had been tampered with; possibly by someone that worked for the Post Office.

With speculation on the prospect of the robbery being an inside job, the Post Office’s own policing department, the Investigation Branch, was called into action. Every available member of staff was put on the case, and they looked into every single one of the 70 plus Post Office employees who were working on the train that night. 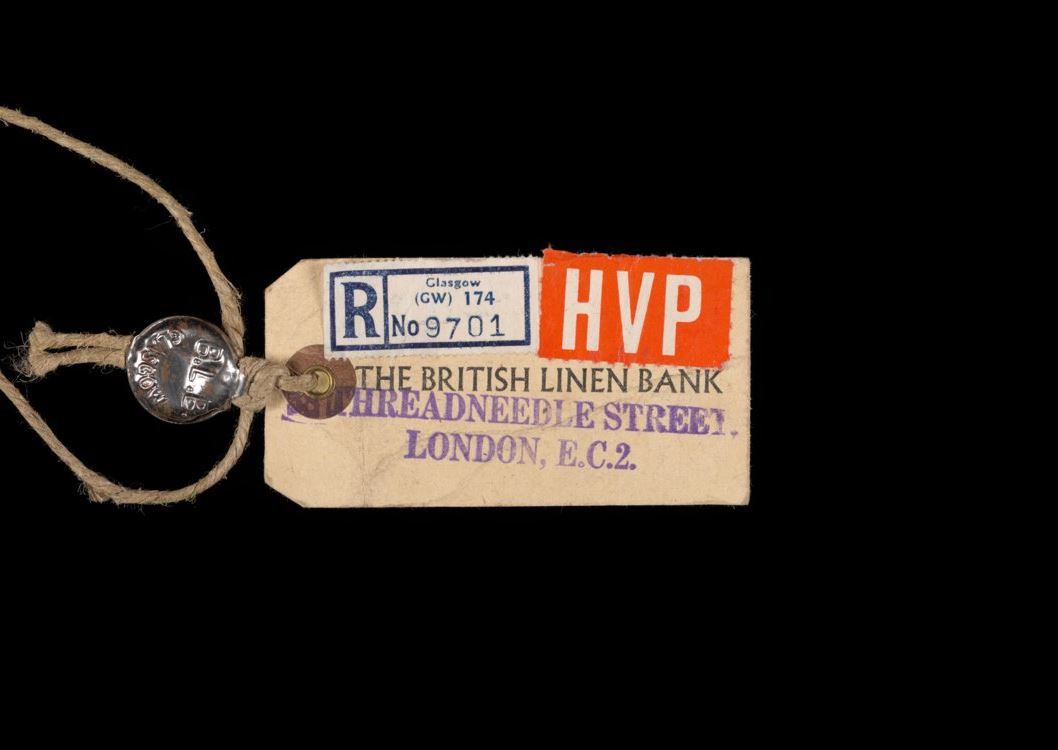 The most immediate job for the Investigation Branch was to find out the exact amount of money stolen. This had several purposes, firstly to help track down the culprits, secondly to help curtail the speculative reports which were circulating, and thirdly the banks needed to know how much money they had lost. The task was a mammoth one covering no fewer than 663 High Value Packets posted by different banks in different towns and cities throughout England, Scotland and Wales. 27 High Value Packets were left behind in the coach and in one further sack recovered from the railway embankment. There was, however, 636 High Value Packets enclosed in the 120 sacks which were stolen by the robbers. The total amount stolen was £2,595,997.10s.0d.

In the aftermath of the robbery a total reward of £260,000 was offered for the detection of the thieves, £10,000 of which was offered by the Post Office. The high reward and confirmed high figure of the theft added to press and public interest. The police and the Investigation Branch received many tip-offs in the following days, one of which was from a farm worker in Leatherslade, named John Maris. 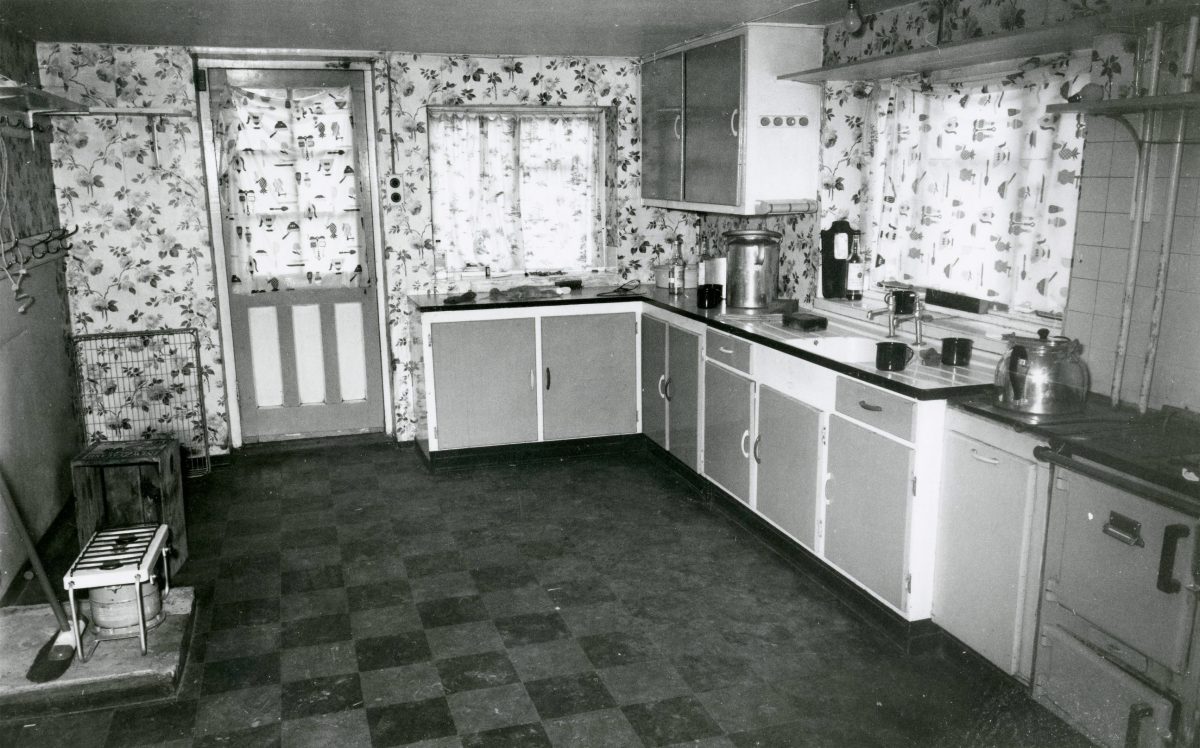 Photograph of the inside of the kitchen at the farm, 1963. © Thames Valley Police.

At this time it appeared that the police were hot on the heals of the train robbers as half-finished meals were found on the kitchen table. However, it was not until 2001 when the last of the known suspect was sent to jail. The story continued along the lines of a Hollywood movie with two of the men being arrested and then escaping from prison separately, arrests being made in Germany, Canada and Brazil, and an assassination of one of the perpetrators.